A Measles Diagnosis Is Confirmed in New Hampshire. Now, 12 States Have Cases of the Disease 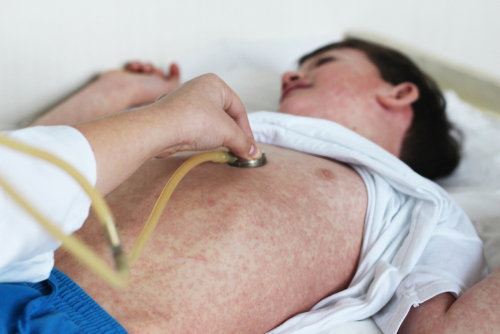 A new measles diagnosis has been reported in New Hampshire, bringing the number of states with confirmed cases of the disease to a dozen.

As of Mar. 7, 228 measles cases in 12 states have been confirmed so far this year, according to the Centers for Disease Control and Prevention (CDC)’s latest numbers. Outbreaks have been particularly severe in Washington and New York states.

The sick person in New Hampshire reportedly contracted measles while traveling abroad, as the CDC says is often the case. The international traveler also took a bus from Boston to Manchester, N.H. in late February, WCAX reports. No measles cases have been confirmed in Massachusetts this year, according to the CDC’s tally.

Measles is a contagious but vaccine-preventable viral infection that is spread through coughing, sneezing and other close contact. It typically involves symptoms such as fever, runny nose, cough and a body rash, but severe complications can include pneumonia, brain swelling and death. However, no measles-related deaths have been reported in the U.S. since 2015, according to the CDC.