An Appreciation for Vaccines, and How Far They Have Come 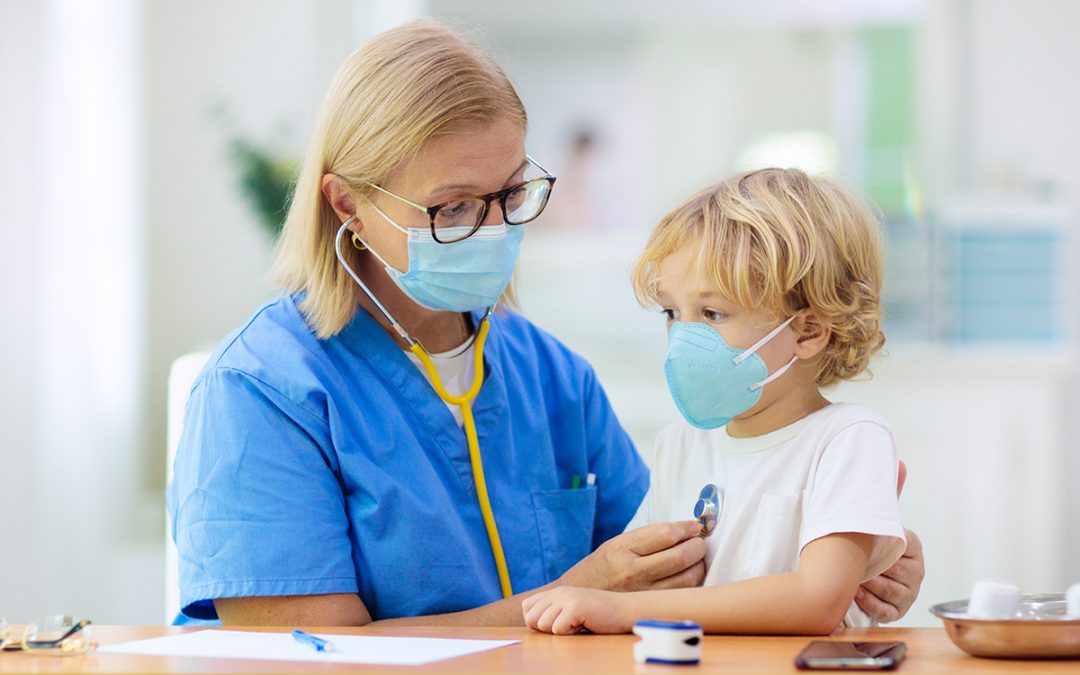 This story appeared in the New York Times. Read the full story here.

The DTP vaccine teaches us about how brilliant vaccine technology can be, but also how it can be studied and improved over time.

This time of year, my thoughts turn to the DTP vaccine. Last year I wrote about the apocryphal “Christmas miracle” of 1891, in which the newly discovered diphtheria antitoxin may (or more likely, may not) have been used before it had been approved to save a child’s life.

Still, the moral was that bacteriology, that new 19th-century science, had figured out how one of the deadly microscopic bacteria did its damage, with a poison that could choke off children’s airways, and had invented an antidote, and that was miracle enough.

Soon after that column was published, we began to hear about a new microbial threat making it hard for people to breathe in Wuhan, China, and, well, you know the rest of the story. But now, a year later, I am — no surprise — thinking about vaccines, and how far this technology has come.

When I write about diphtheria, I usually mention that I have never seen it; by the time that I went to medical school and trained in pediatrics, it was already a historical disease in this country. My teachers could remember measles, and some of the older ones had seen polio, but no one in the 1980s in Boston was telling war stories about diphtheria.

Pertussis was different — the “P” in the DTP. Pertussis, better known as whooping cough, was still around, still something to worry about when a baby came in with a particularly bad cough, still something we worried we might miss. Once we heard the whoop, our teachers told us, we would never forget it.

And since the immunity did not last forever, either from childhood vaccines or from actual disease, and there was, at that time, no safe adult booster shot for pertussis, there was no way to protect us; whenever a child did turn out to have the disease, all the doctors and nurses and family members who had been exposed to that child would have to take a course of antibiotics, in case they had also been infected, and many pediatric residents ended up taking those antibiotics two or three times.

But you didn’t always know that you’d been exposed. In fact, I managed to catch pertussis in the line of duty and, without knowing it, to expose lots of babies and children, since I went on working when I was sick (in my own not-very-valid defense, I was just behaving in accordance with the fairly idiotic and highly macho rules of medicine, rules we can hope that the experience of Covid-19 will change forever).

The first thing you should know about the DTP vaccine is that all three of the diseases against which it protected a child — diphtheria, tetanus and pertussis — are bacterial diseases, unlike, for example, polio or smallpox, which are viral diseases. And one reason you may have been reading recently about the triumphs of polio vaccine in the 1950s, or the successful campaign to eradicate smallpox worldwide, is that the biological entities that cause those illnesses are more similar to the coronavirus that causes Covid-19 than any bacterial illness.

Still, the story of the DTP vaccine, and in particular the story of vaccinating against pertussis, has some interesting things to tell us, about how brilliant vaccine technology can be, but also how it can be studied and improved over time, and about trade-offs and controversies.

The first pertussis vaccines were developed and tested in the 1920s and 1930s and were in universal use by the end of the 1940s. And they worked. Dr. James Cherry, a distinguished research professor of pediatrics at David Geffen School of Medicine at the University of California, Los Angeles, and an expert on pertussis who has done extensive research both on the disease and on the vaccines, cites more than 36,000 pertussis deaths from 1926 to 1930 in the United States, most in young infants; from 1970 to 1974, there were 52.

Even so, when I started out in pediatrics, in the 1980s, the DTP was, no question, the shot we least liked giving. Of the shots that we routinely gave, this was the one that kids tended to react to — with fevers, with sore arms, and sometimes, though very rarely, with more serious reactions. “Reactogenic,” we sometimes called it.

The reactions had a lot to do with what went into the vaccine: whole inactivated Bordetella pertussis bacteria. And though bacteria are microscopically small, they are enormous and complex cells compared to viruses, which are just made up of protein and nucleic acid (DNA or RNA). In other words, a whole-cell vaccine contained many different compounds in it that the body might react to — there are more than 3,000 different proteins in the bacterial cell. For diphtheria and tetanus, single “toxoids” were used, inactivated versions of the poisons manufactured by those bacteria, so those components were much less reactogenic.

There were parents who believed that their children had been harmed by the vaccine, and strong sentiment against it in what we would now call the anti-vaccine movement, along with ongoing medical controversy over which problems had been caused by the vaccine and which were coincidences of timing in a vaccine given at 2, 4 and 6 months of age, and then again at around a year and a half.

Since 1999, children in the United States have been vaccinated with DTaP, rather than DTP, with the “a” standing for “acellular.” No more whole cells; these vaccine developers used specific proteins to which the body would manufacture immunity. DTaP shots are significantly less “reactogenic.”

They also tend to be less effective in provoking a long-lasting effective immune response; in a 2019 review, Dr. Cherry wrote that in almost every clinical trial, the whole-cell vaccines were more efficacious than the acellular vaccines. That meant a certain balancing of risks and benefits, and ongoing discussion, as the changeover to DTaP has been linked to recent resurgences in the number of cases, though not necessarily in deaths, and Dr. Cherry argues that the increased number of reported cases may actually be a result of raised awareness and better testing. But even if there is more pertussis around in adults, thanks to the vaccines, this is no longer a deadly disease of young children.

Although a safe adult booster called the Tdap has now been developed, there is still a great deal of pertussis infection in adolescents and adults, and it often goes undiagnosed, even among doctors, because in adults it may not look that different from other coughs and colds.

But it can; for me, it was a miserable disease, though not particularly dangerous — I wasn’t at risk of dying from it, even if it was the worst cough I ever had. Adults don’t even tend to produce the characteristic “whoop,” which comes from sucking in air back across the closed glottis, after a paroxysm of coughing — if I’d been whooping, surely I would have diagnosed myself, or my colleagues at the health center would have diagnosed me.

I see this as a story that should help us appreciate the unending ingenuity of the science that finds ways to turn on our complicated immune responses without making us suffer through a disease that once choked the life out of countless babies.

At the same time we can understand that getting the most out of the body’s immune defenses can take some learning and some study, and that there can be trade-offs that you consider for the good of the individual patient or the good of the community. We vaccinate adults against pertussis now not only to protect them, but also to make sure that the vulnerable — in this case, infants — are less likely to be exposed, and in fact, vaccinating pregnant women with the adult booster turns out to be a good way to protect their newborns.

Dr. Cherry said that vaccinating all pregnant women with Tdap “will prevent virtually all deaths from pertussis in the first two months of life.”

Surely, as we live through this pandemic, we can take a moment to be grateful for the remarkable progress in vaccine technology that has given us vaccines that target Covid-19 so elegantly and specifically, and offers us ways to protect not only ourselves, but also those around us.