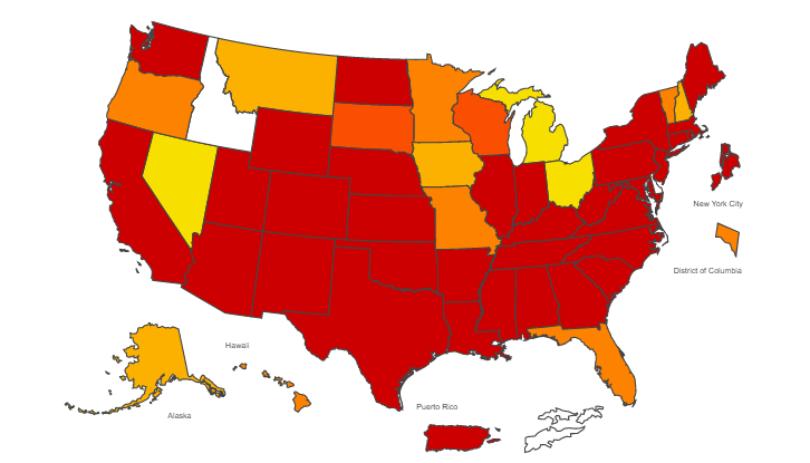 Flu activity is high across the United States and is expected to continue through February, the Centers for Disease Control and Prevention said Friday.

The weekly report comes as flu deaths across the country jumped to 10,000, according to the CDC.

A total of 64 influenza-associated deaths in children have been reported so far this season. That’s an increase of 10 since last week’s report.

The CDC estimates that so far this season there have been at least 19 million flu illnesses and 180,000 hospitalizations.

Flu was widespread in Puerto Rico and 49 states. In Hawaii, the District of Columbia and the U.S. Virgin Islands, the outbreaks were less active.

Flu shots are recommended for everyone 6 months of age and older.

It takes about two weeks after you get your vaccination for antibodies to develop and provide protection against the flu.