Coronavirus as a Reminder of the Urgency of Getting Your Vaccines 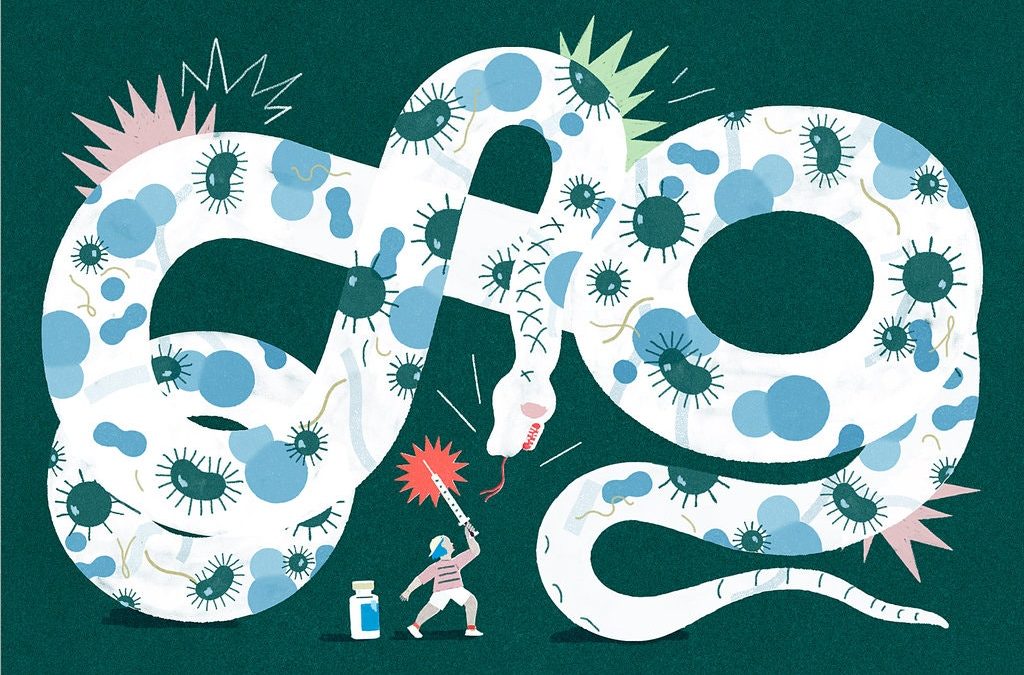 While the new coronavirus, against which there is currently no vaccine, causes global economic chaos, illness and death, there are other serious infections that are too often ignored or dismissed. Experts say that, before the disruptions caused by Covid-19, most American parents were diligent about keeping their kids’ immunizations up-to-date, but too many others have rejected readily available, safe and effective vaccines that can protect their children against potentially life-threatening diseases.

A new report, using data from the 2014 National Immunization Survey, long before the novel coronavirus hit, found that more than a third of children in the United States do not get recommended vaccines in a timely fashion, leaving them vulnerable to preventable diseases they can spread to others who, for medical reasons, cannot safely be immunized.

Authors of the new report, published in the journal Pediatrics, wrote that only 58 percent of children ages 19 to 35 months were up-to-date with all immunizations recommended by the Advisory Committee on Immunization Practices, which participating doctors can administer free to the uninsured. And that figure does not include children who were behind on vaccines during their first year and a half of life, when the chances of severe consequences are greatest.

The committee recommends that children be vaccinated against 14 potentially serious illnesses by the age of 2.

As someone who suffered through all the infections that can now be prevented by vaccines, I believe parents who escaped them because they themselves were immunized should know that these ailments can be far worse than they may realize. As an 8-year-old, for example, I was kept in bed for two weeks with chickenpox, and despite daily oatmeal baths it left me with hundreds of scars well into my 20s. At least I was spared life-threatening infections of the lungs and brain.

But the next year I was rendered sleepless for days by mumps on both sides of my head. Still, I was lucky. I survived mumps without permanent damage. Not every child does. A male friend was unable to father children because mumps infected his testes and left him sterile. Mumps can also cause ovarian inflammation, hearing loss and potentially fatal meningitis and encephalitis.

Cases of measles are now on a precipitous climb. More measles cases were reported in this country for the first five months of 2019 than in any full year since 1992.

For the year as a whole, the Centers for Disease Control and Prevention reported, there were 1,282 confirmed cases of measles, resulting in 128 hospitalizations and 61 serious complications, including pneumonia and encephalitis. This was more than triple the number of cases during 2018. The majority of infected people had not been vaccinated. In developed countries, one or two cases of measles in every 1,000 ends in death.

Since 2000, most cases of measles afflicted children whose parents refused measles vaccination, a review of 18 published studies showed.

Perhaps you recall the 2015 nationwide outbreak of measles that originated in Disneyland among non-immunized children. The vaccination rates in affected communities were well below the numbers needed to create “herd immunity” and protect individuals who could not safely be immunized.

Pertussis, or whooping cough, is also on a frightening overall rise, both in cases and resulting deaths, especially in the last decade. In 1976, there were as few as 1,010 reported cases. But in 2012, the most recent peak year reported by the C.D.C., there were 48,277 cases (the largest number since the mid-1950s) and 18 deaths, almost all affecting infants. Half of babies with pertussis require hospitalization.

I’ll spare you further harrowing examples of complications that can accompany vaccine-preventable diseases. Suffice it to say that health professionals need to do a better job of countering the resistance of parents who refuse recommended immunizations for their children. While vaccination critics have existed for as long as there have been vaccines, the problem of widespread resistance in this country began with a 1982 documentary alleging adverse reactions to the diphtheria-tetanus-pertussis vaccine that minimized its benefits.

Then, 25 years later, the anti-vaccine movement was magnified by a falsified and later discredited report suggesting that the measles-mumps-rubella vaccine was causing an epidemic of autism. Further fueling vaccine resistance was parental concern that administration of multiple vaccines at one time to very young children was hazardous despite expert reassurance to the contrary.

As one specialist, Chephra McKee, told me, “Spreading out the vaccines means having to bring babies to the doctor or clinic multiple times, poking them over and over again and exposing them unnecessarily to sick children in the waiting room.”

So what now can be done to improve immunization rates? Dr. McKee, doctor of pharmacy at Texas Tech University Health Sciences Center, wants health providers to be more open and willing to speak to parents about their vaccine concerns. Too often, she said, parents have told her “No one wants to listen to me about why I’m reluctant to vaccinate my child.”

For parents worried about the safety of vaccines, Dr. McKee said health providers should be educating them about the benefits of immunizations and risks involved in refusing to vaccinate their children.