Experts Say Get Your Flu Shot Early: Here’s Why 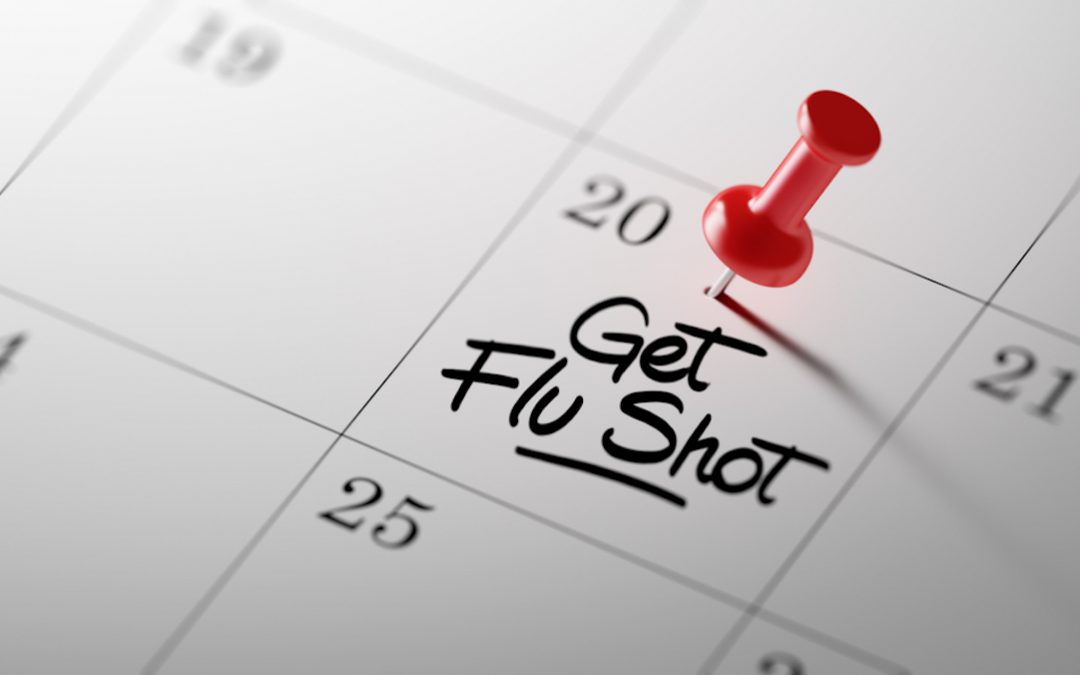 Experts recommend getting the seasonal flu vaccination as early as possible to provide the best protection.

That’s because if you wait until mid-season to get your flu shot, you could be risking your health, the health of your loved ones, and your community.

“Do it for your loved ones,” said Dr. MeiLan King Han, professor of internal medicine in the Division of Pulmonary and Critical Care Medicine at the University of Michigan Health System. Han is also the director of the Michigan Airways Program and spokesperson for the American Lung Association.

“If [you] aren’t willing to get it for [yourself], get it for someone [you] love. You need to think about that pregnant mom and that family and young child and that immunocompromised older individual,” Han told Healthline.

And the sooner, the better.

Dr. Sean O’Leary, an associate professor of pediatrics at the University of Colorado at Denver, notes that influenza kills between 5,000 and 50,000 people in the United States every year, depending on the strength of the strain.

The benefit of the seasonal flu vaccine goes well beyond our own backyards.

“When we think about vaccinations on a population basis, there’s value to having yourself vaccinated, but there’s also value to the community and having enough people in the community vaccinated that it decreases the overall risk of any one person getting the flu, which is referred to as herd immunity,” O’Leary explained.

The importance of early vaccination

Dr. Alan Taege, an infectious disease specialist at the Cleveland Clinic in Ohio, explains the importance of early vaccination.

“After receiving the vaccine, it can take 2 to 4 weeks for the antibodies that protect against the influenza virus infection to develop in the body, which is why it’s important to get vaccinated early,” Taege told Healthline.

Both the American Academy of Pediatrics (AAP) and the Centers for Disease Control and Prevention (CDC) recommend getting the flu shot by the end of October to prepare for peak influenza season, which is typically in February.

“You can’t predict when the flu will start,” said Han. “That’s why the CDC recommends getting the flu shot early so you have time to build that immunity and you’ll be protected for the entire flu season.”

The CDC has this recommendation in place for anyone above the age of 6 months.

The AAP released revised guidelines today that include recommendations for vaccinations for children 6 months and older.

The organization also expressed no preference between the flu shot and the nasal spray vaccine.

All the experts Healthline spoke with mentioned the same pushback about getting vaccinated from individuals who have misperceptions about the flu shot.

Han listens to patient fears stemming from “the perception that you can get sick from the flu shot or get the flu from the shot,” she said.

Taege echoed the same sentiment, adding that there’s no reason to be concerned about getting sick from the flu vaccine.

“Many people are concerned about the myth that the flu shot can cause the flu. However, the flu shot is killed virus and is unable to cause disease,” he said.

“There are many common misconceptions about the influenza vaccine, such as that the vaccine itself can give you ‘the flu’ (it can’t), and that healthy children are not at risk,” added O’Leary. “In most seasons, around half the children who die from influenza are healthy children.”

“While some patients may experience a few days of not feeling their best, and they may feel a little bit unwell, it’s really nothing compared to the flu itself,” Han noted.

Still, many individuals believe they don’t need the flu shot.

“I think that’s the biggest myth out there that needs to be addressed,” she said.

Who should and who shouldn’t

The CDC strongly recommends anyone over the age of 6 months to get a flu shot.

However, the seasonal flu shot is not for everyone. There are certain populations of people who should have a medical consultation before proceeding with an annual flu vaccine.

For example, says O’Leary, children less than 6 months of age shouldn’t get the seasonal flu vaccine because “it is not very effective when given at this young age.”

There are other possible exceptions.

If somebody has had Guillain-Barré syndrome in the past, an illness that affects the central nervous system and has been associated with the flu shot, it might be a cause for pause and concern, said Han. In that case, you should consult with your healthcare team before getting vaccinated against influenza.

Additionally, people who have an egg allergy may be concerned about the egg ingredient used to develop the vaccine.

Han’s son has experienced this uncertainty firsthand and, for many years, was made to wait 30 minutes after getting the vaccine to rule out allergic reactions.

But now, Han said, researchers have been accumulating a lot of data on people who have egg allergies and get the flu shot. The number of individuals who experienced a bad reaction was so low that they no longer recommend that those patients need to wait anymore.