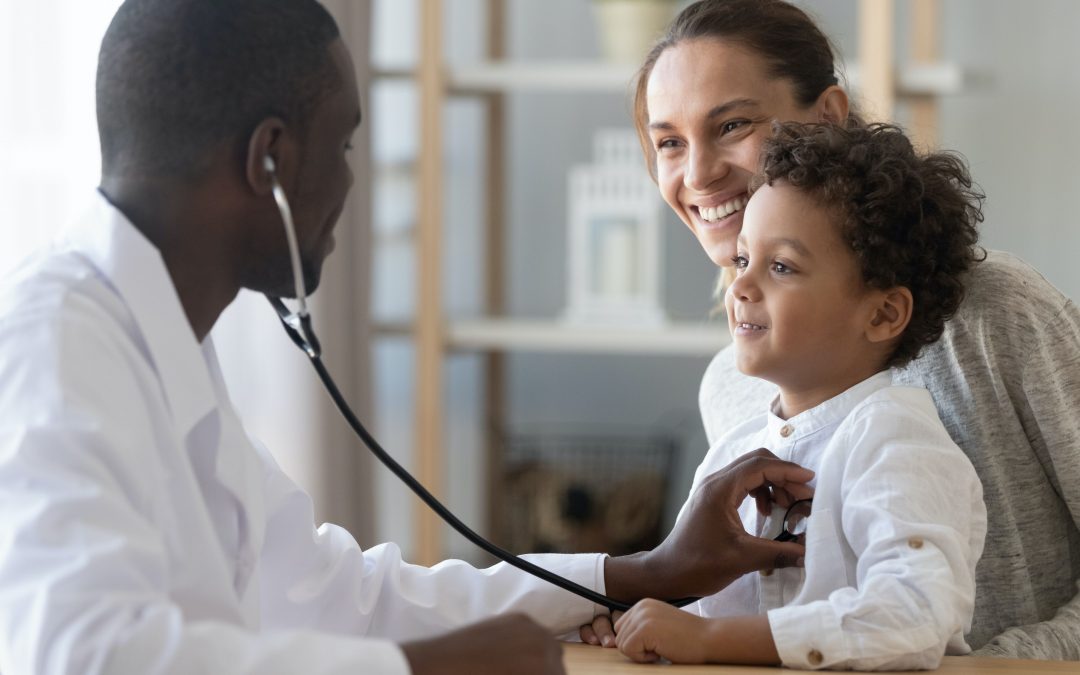 Even as COVID-19 cases in Michigan rise past 66,000, health experts warn of a troubling decline in vaccinations among all age groups.

That poses not only a broad public health threat on top of the coronavirus, but could complicate plans to open schools in the fall, school officials say.

In May, Michigan vaccinations were down 44.5 percent overall compared to the previous two years, according to the Michigan Department of Health and Human Services. Among children from infants through age 8, vaccinations fell 22.3 percent; and the drop was 15 percent among infants and toddlers up to 24 months.

For adolescents ages 9 through 18, vaccinations were down 65.5 percent for the same period and 67 percent among adults age 19 and up.

“This has some very deep impact and the potential to see the outbreak of other diseases such as mumps and measles. It’s really hard to tell what could pop up, especially when you have a population that is receiving less doses than in the past.”

School health officials are aware of a “significant increase” in the percentage of children missing up-to-date childhood vaccinations, said Terri Czerwinski, president of the Michigan School Nurses Association. “It’s definitely a concern that is being talked about.”

Czerwinski said she hopes parents catch up with vaccinations before school begins in September, “so we’re not dealing with other issues on top of COVID and flu season.”

Vaccinations children typically receive between their fourth birthday and the day they enter kindergarten include combination vaccines that combat diphtheria, tetanus and whooping cough, and measles, mumps and rubella, Czerwinski said.

Students without up-to-date vaccinations can enroll in Michigan schools only after a parent or guardian completes a vaccination education program at a county health department and sign a waiver.

There is a chance some students without complete vaccinations could be held out of school in September.

Czerwinski said she is unaware of current plans to drop the requirement that a parent has to visit the county health office to receive a vaccine waiver.

“I’m told there is not an impetus to change that,” she said.

As Bridge previously reported, vaccinations plunged in March and April, as many doctors offices and health clinics paused in-person patient visits during Michigan’s shelter-at-home order during the coronavirus outbreak. While MDHHS reported vaccinations began to rise after mid-April, physicians say some parents are still fearful to enter a doctor’s office with their child because of the coronavirus.

Ann Arbor pediatrician Scott Moore said he was glad to see an uptick in patients in the last month or so, as “people felt more comfortable coming in.”

But he said his office continues to field calls from parents wary about coming in for a shot for their children.

“I’m still having conversations with parents who are saying I’m not coming in until (COVID-19) is over,” Moore said.

Moore said he informs such parents there’s risk to that as well.

“All these vaccines are imperfect, but they work really well when you get a big uptake of people who have been vaccinated. When you lose that, you start losing the protection.”

He noted that measles is particularly contagious, as one carrier is likely to infect 12 to 18 others.

“It is much more contagious than even the flu or COVID,” he said.

Amy Zagman, executive director of the Michigan Council for Maternal and Child Health, said she is hopeful that, as pandemic restrictions are loosened, more families will take children to their pediatricians for vaccinations.

“We know everyone’s been scared to go out, but we really need to get back on top of things,” Zagman said. “There are definitely people trying to catch up on things they couldn’t do.”

The vaccination delay is a national problem, not just in Michigan, Zagman said.

“Some states are talking about mobile vaccination units to reach families” worried about visiting doctor offices, Zagman said. “Here, we’re hoping the system the way it is built can recover between now and when school starts.

“The last thing anyone needs is another infectious disease going around.”

Sharon Swindell, president of the Michigan Chapter of the American Academy of Pediatrics, cautioned that this fall’s flu season could add one more infection risk for schools and the wider public.

“I think people underestimate how many people die from influenza each year, including children,” she said.

“This fall, with schools hoping to reopen fully or partially, you can imagine how flu symptoms would complicate validating a child for COVID exposure and how it will wreak havoc for kids remaining in school,” Swindell said.

“I think it is of the utmost importance to protect (with vaccines) against the things we can protect against,” she said.

There is no vaccine for COVID-19 and most experts predict none are likely to be developed and approved for public use before 2021.

While Swindell said the “vast majority” of parents understand the value of vaccines, she added: “There is a small number of parents that probably will not choose to vaccinate no matter what information they have. They are very firm on this topic and that remains their right.”

In 2019, as a U.S. measles outbreak topped 1,200 cases, Michigan had 46 measles cases ranging from 8 months to age 63. That appeared to be driven in part by an anti-vaccination movement whose members question the safety and value of vaccines. Many opt out of getting shots for themselves or their children.

In 2014, Michigan had the sixth-highest rate of unvaccinated kindergartners in the nation. An outbreak of whooping cough ─ also highly contagious ─ at a Traverse City charter school late that year spawned more than 150 suspected cases. It was tied to parents wary of vaccinations, as 17 percent of Grand Traverse Academy kindergartners had parents who signed waivers exempting their children from immunizations.

State law at that time required parents to immunize school-age kids against communicable diseases such as measles, whooping cough, mumps and tetanus — unless they received a waiver that allowed them to opt out for medical, religious or “philosophical” reasons.

To reduce the number of waivers, MDHHS in 2015 mandated that parents who want to opt out for non-medical reasons must sit down with a local health worker for an educational session on vaccine-preventable diseases before obtaining a waiver.

That led to a rise in vaccinations, until the COVID-19 outbreak.

MDHHS and the West Bloomfield-based Franny Strong Foundation, which co-fund the state’s I Vaccinate campaign, plan an advertising push for late summer reminding parents of the importance of childhood vaccinations.

“Both groups are focused on getting the word out to parents that it’s extremely important to get kids caught up (so) they’re protected going into day care settings and schools this fall,” said Andrea Poole, with the I Vaccinate campaign. “August is a big month, because a lot of people will schedule their back-to-school appointments at that time.”

Dr. Anthony Fauci, a member of President Trump’s coronavirus task force, said if significant numbers of people opt out of taking a COVID-19 vaccine it would make it “unlikely” to achieve herd immunity from the virus.