I’m a Pediatrician. Get Your Child Vaccinated. 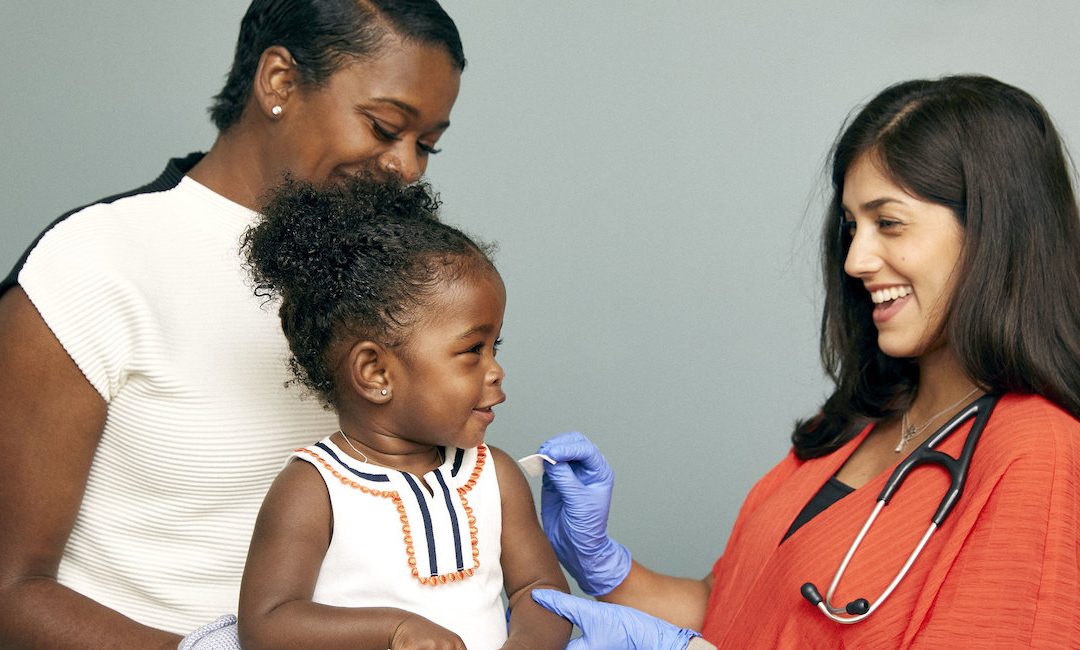 This story appeared in The Atlantic. Read more here.

When I was in medical school in the 1980s, a surgeon came to my clinical-medicine course to talk about how to guide patients in making decisions. He presented a scenario in which a patient with breast cancer had to decide between a lumpectomy and a mastectomy. The surgeon suggested that we cite statistics and discuss risk, but he advised us to resist answering a personal question: Tell me, doctor, if this were your wife, what would you do? I cringed at the assumed male doctor–female patient setup, but his bigger point was clear. Doctors need to listen carefully to the different issues and histories that parents bring with them to the clinic, to address their anxieties. They should be wary of talking about themselves.

However, as a pediatrician, sometimes I do want to say: Just so you know, if this were my child, this is what I would do, because it’s what all my training is telling me.

This moment in the pandemic is one of those instances. When it comes to COVID-19 vaccines, I want to say: If you were my 16-plus teenager, you’d be vaccinated. If you were my 12-to-15-year-old kid, you’d have your first shot by now. And if you were younger, I’d be counting the days until I could give you a vaccine.

Like most pediatricians, I love a vaccinated child. While researching my book about the decline of childhood mortality in the past century and a half, I tried to imagine what pediatric practice and parenthood were like when you had to accept that a whole slate of potentially fatal diseases—polio, diphtheria, tetanus, whooping cough—couldn’t be prevented or treated. Some children just wouldn’t survive. But by the time I was training, we had vaccines to prevent those illnesses, as well as antibiotics to treat bacterial infections. Even more vaccine-related progress has occurred since the ’80s, when I did my residency. Pediatricians back then were still admitting lots of children to the hospital for rotavirus infection and treating their dehydration with IV fluids (and those kids were lucky, because children all over the world were dying of that infection and of dehydration). Doctors were doing one spinal tap after another on children with high fevers, worrying about bacterial meningitis.

We vaccinate against rotavirus now. We perform many fewer spinal taps. And we vaccinate against diseases that are unpleasant but not usually deadly. I had a pretty miserable case of chicken pox when I was a child, in the ’60s, and I still have a couple of scars from it. My youngest got the chicken-pox vaccine. He never had to do the feverish scratching, never had to risk skin infections, never had to be sick with this disease. Instead, a vaccine activated all of his intricate defenses.

I love vaccines, but I also understand that parents have every right to think critically about decisions for their children, and that the story on COVID-19 vaccination has been evolving rapidly. Some parents wonder if the chances of serious illness in younger children are high enough to justify any risks associated with a new vaccine. Other parents worry that their kids are being vaccinated primarily for the sake of protecting more vulnerable adults. Some are scared of the vaccines because they’ve heard that they’re dangerous in some way that’s being covered up. And others say they’d just like to wait until more information is available.

Let me address those concerns one by one. Children 12 to 15 and even younger are at lower risk than older people of a serious case of COVID-19, that’s true. The great majority of people who have needed intensive care are adults. But according to the American Academy of Pediatrics, more than 300 children in this country have died over the course of the pandemic. As a comparison, the CDC reported 188 flu-related deaths in children during the 2019–20 flu season. And the CDC has now recorded more than 3,700 cases of multisystem inflammatory syndrome in children, or MIS-C, a serious condition associated with COVID-19. Children now account for more than 22 percent of all new COVID-19 cases, and even those children who aren’t very sick may have to deal with possible long-term complications. At the very least, those who test positive for the virus but are asymptomatic will still have to go through the hassle of quarantine. Compare all of those factors with what a vaccinated child may experience: brief acute reactions, including pain at the injection site, tiredness, fever, chills, and muscle aches—all signs of the immune system being activated.

Vaccinations help individuals, but they also help the community. And that’s a good thing. High vaccination rates drive down the amount of virus in circulation, which protects everyone, but especially those who are immunocompromised or have underlying medical problems. We vaccinate all children against chicken pox, even though most children quickly recover from the disease, because people with compromised immune systems may have serious complications. We vaccinate all children against rubella, which causes only mild illness in young people but is profoundly dangerous to a developing fetus if a pregnant person is exposed. So we already vaccinate kids for their own sake and to protect the most vulnerable.

As for the rumors about the vaccine, even the most level-headed adults can succumb to all the what-ifs when they start thinking about their children. We have been living through a real-time drama of vaccine trials, authorization discussions, and safety questions, relayed in the headlines with an urgency that isn’t typical of vaccine development. Genuine scientific concerns can get mixed up with unsubstantiated rumors in an atmosphere of general anxiety, and anti-vaccine activists are deliberately working to spread misinformation and foment fear.

For example, I’ve read about the persistent rumor that COVID-19 vaccination could have some long-term effect on a child’s fertility. This concern is not tied to any biological reality; mRNA vaccines have no effect on DNA, and never even get into the nucleus of a cell, where DNA is stored. Many vaccines have been targets of misinformation campaigns, and many of these campaigns have involved fertility concerns, because they are so effective at provoking parental anxiety. For example, in Nigeria in the early aughts, polio vaccination was hampered by rumors that the vaccine was a plot to sterilize Muslim children. In the U.S., anti-vaxxers were spreading false data that the HPV vaccine might cause infertility. The reality is that vaccinations protect children’s future reproductive health because they protect their overall health. A fully vaccinated child is defended by the strongest and most natural of defenses: the supreme intricacies of immunology.

And finally, the wait-and-see argument. Although the vaccines are new, we know a lot about how they work and how people react to them, because so many adults have received them already. We also have data from more than 1 million fully vaccinated 16-to-18-year-olds, which are very much applicable to younger adolescents. Researchers continue to monitor adolescents for any problems, looking for rare reactions and short-term side effects. Messenger RNA is used for these vaccines in part because it does not persist in the body; it is broken down by the cell after it carries its “message.” What lives on is the immune response and the protection.

Perhaps partly because we’re lucky enough to live in a world in which children are safe from so many of the dangerous diseases of the past, thinking rationally about risk is hard. And I’ve seen how sometimes making a positive, active decision (Let’s vaccinate!) can feel more stressful than passivity (Let’s just wait and see). Many years ago, when I was talking about the measles vaccine with a worried mother, she told me that if her child got measles, at least that wouldn’t be because she’d agreed to it, whereas if any problems happened after vaccination, well, that would be her fault. I tried to explain why that line of thinking was off, remembering another mother who had refused what was then the DTP vaccine, only to have her son battle a nasty bout of whooping cough, which the vaccine would have prevented. That mother was tortured by guilt and self-recrimination. Making a health decision for yourself is difficult; making it for someone else, particularly your child, can be even harder.

It shouldn’t be so hard: Now that we have safe and effective vaccines, COVID-19 is a vaccine-preventable disease in children 12 and up. Kids no longer need to get sick with the coronavirus, nor do they need to get MIS-C or long COVID. They should be out living their life, safe from the virus and posing no danger to others. What the vaccines give your child is immunity without disease.

If I were you, I’d vaccinate my child.