In the shadow of Ebola and Covid-19, measles rips through Congo 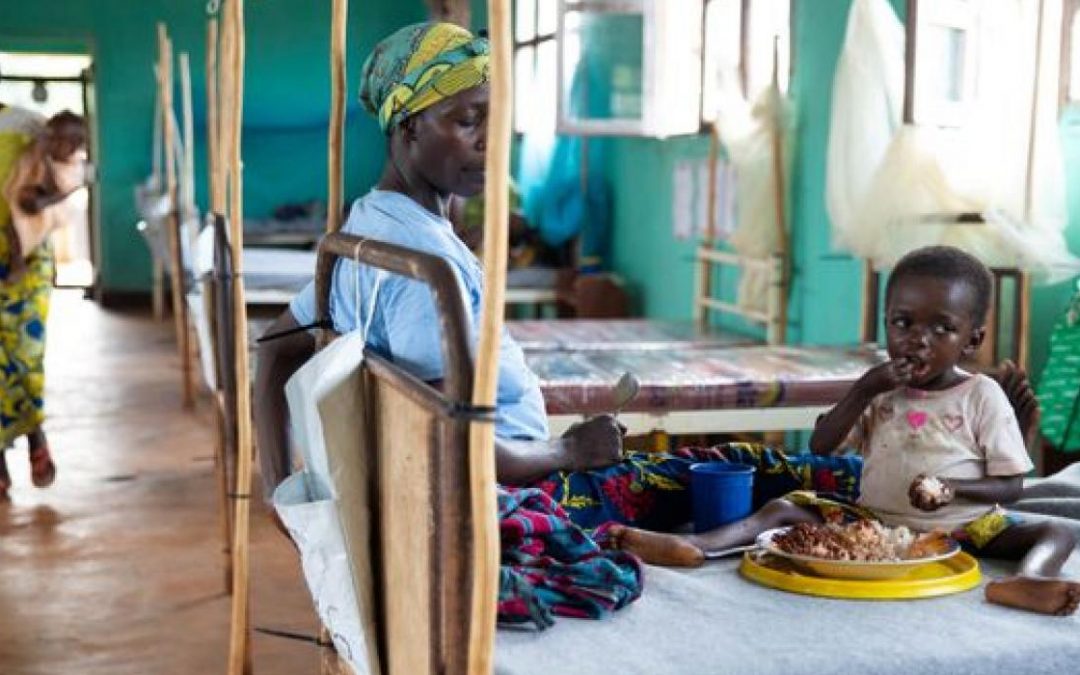 This article appeared in Nasdaq. Read the full story here.

Thomas the Tank Engine beams from the front of Dobo Mambanza’s ripped pullover. Unlike the cartoon train’s face, Dobo’s is blistered and scrunched as she struggles for breath, her eyes shuttered and weeping. The three-year-old is going blind.

Cradled by her mother, Dobo lies in the ward of a health centre in a remote town in northern Democratic Republic of Congo where mosquito nets on sticks droop over rusting metal beds, and doctors work frantically to contain a deadly virus.

Dobo does not have the new coronavirus or Ebola. She has measles, a preventable but extremely contagious disease that since January 2019 has ripped through Congo unchecked into remote regions. Some 6,400 people have died, according to official figures, though healthcare workers say the number is likely much higher because reporting rates are so low.

“I feel guilty because I’m afraid people might say it’s because I didn’t get my daughter treatment quickly,” Dobo’s mother Wanea Mabele said over her writhing child’s rattling breath.

Dud vaccines have left thousands of others at risk without knowing, local and international health workers say, in a nation of 81 million people that is ten times the size of Britain.

Complicating matters, authorities have funnelled hundreds of millions of dollars and manpower into a 19-month Ebola outbreak in the east that has killed over 2,000 people, weakening efforts to contain measles, health officials say. Ebola is finally on the wane, but COVID-19 threatens to steal the limelight.

After a first case in the capital Kinshasa this month, reported infections rose to 18 by the weekend.

“Priority will be given to COVID-19 in the coming weeks or months depending on the trend of the disease. Consequently, we will face challenges in resources mobilization for measles,” said Vincent Sodjinou, who leads the measles response for the World Heath Organization (WHO).

Measles is on the rise globally, but Congo is worst hit.

The disease, contracted when a carrier coughs or sneezes, carries risks of brain damage, blindness and deafness.

Dobo’s ward sits among the palm and mango trees of Busu-Mandji, a dilapidated old colonial town deep in the jungle, 1,000 kilometres (621 miles) from Kinshasa. The nearest paved road is 125 km south in the city of Lisala.

Keeping vaccines refrigerated for the duration of the journey from the capital is vital but tricky. On a recent vaccination campaign, medical charity Medecins Sans Frontieres (MSF) flew 2,700 vials to Lisala in large cool boxes fitted with digital thermometers to ensure the temperature remains between 2 and 8 degrees Celsius in the equatorial heat.

In Lisala, the boxes were lashed to the back of a dozen motorbikes for a ten-hour ride along bamboo-thronged dirt tracks and precarious log bridges too pitted for 4X4 vehicles.

During the 10-hour ride to Busu-Mandji, the convoy was halted by three flat tyres, engine trouble and a broken chain. MSF workers said the vaccines remained in the right temperature range.

Congo’s government has year-round vaccination campaigns, but there was no emergency response targeting high risk areas until an October-December 2019 campaign. When the government vaccines did finally come, health workers say some may have overheated.