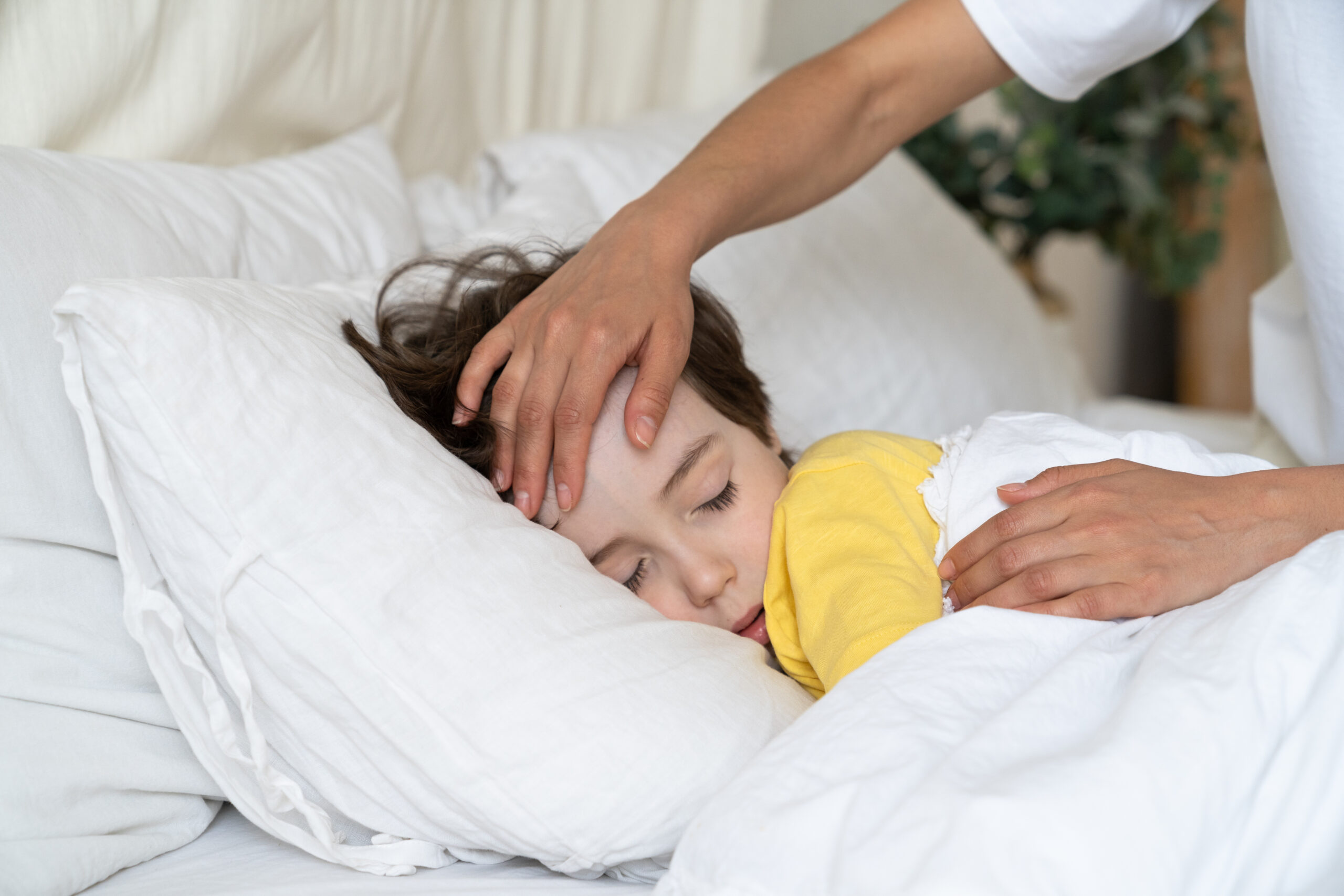 This opinion piece appeared in the StarTribune. Read more here

“It’s just the flu.” We have all heard this phrase many times, typically as a means of reassurance for or from someone in the throes of a respiratory illness.

Throughout the COVID-19 pandemic, “It’s more than just the flu” has been used to encourage COVID-19 vaccination and mitigation measures such as masking. Well-intentioned physicians tweet about COVID-19 killing more kids than seasonal influenza, hoping this information will inspire people who are vaccine-hesitant to protect themselves and others. Reputable media sources remind people that COVID-19 “hardly ever” poses a serious threat to children, but also note that COVID-19 is nevertheless killing many more kids than did the flu between 2020 and 2022. Even the popular Hulu series “Pam and Tommy” uses influenza as a metaphor to indicate that though a particular situation is bad, it’s not yet “a plague.”

Now, imagine hearing repeatedly that the flu isn’t a big deal when you are one of the many thousands of people who, each year, experience the loss of a loved one to influenza. These words are not reassuring. They are infuriating. After COVID-19, influenza is the deadliest vaccine-preventable disease in the United States. Indeed, over the last decade, each U.S. influenza season has resulted in an estimated 9 million to 41 million illnesses, 140,000 to 710,000 hospitalizations, and 12,000 to 52,000 deaths, including more than 100 children. There are also substantial economic and public health burdens of influenza that extend beyond hospitalization and mortality, such as lost work and school days.

We are two of those many thousands of people who have been personally impacted by flu. Our previously healthy little boys, Joseph Marotta, 5, and J.J. Neiman-Brown, 2, died of “just the flu” in 2009 and 2020, respectively. As scientists and mothers, and in the interest of preventing more such deaths, we ask that we all work together toward eliminating common language misconceptions that minimize the threat posed by influenza.

Influenza is dangerous. COVID-19 is dangerous. Measles is dangerous. Whooping cough is dangerous. It’s not a contest. Vaccines are available for these pathogens because they have caused a significant public health burden, including loss of life. Pitting these infectious diseases against one another like a horse race or a boxing match suggests that it is more worthwhile to prevent one of these common, highly infectious and deadly diseases than another.

We recognize that changing the culture around these discussions might take some convincing. Our goal in this article is to summarize evidence that emphasizes the inappropriateness of minimizing the seriousness of influenza and bolsters the notion that we can simultaneously promote public health and medical countermeasures against multiple serious respiratory diseases.

Flu-related pediatric deaths are relatively uncommon, but they affect hundreds of families each year. For example, before the start of the COVID-19 pandemic, 531 children in the U.S. lost their lives to flu across the 2017-18 and 2019-20 seasons. A recent study of U.S. children that compared the burdens of influenza and COVID-19 found that the prevalence of life-threatening illness was similar for both diseases. So why do we keep hearing that COVID-19 is not “just the flu”? As mothers who lost their children to influenza, we can attest that it doesn’t feel so rare when it happens to your child.

Since 2004, when pediatric influenza-related deaths became a nationally notifiable (reportable) condition by state health departments to the Centers for Disease Control and Prevention, more than 2,000 children have been lost to flu. These thousands of pediatric influenza deaths are also almost certainly an underestimate, reflecting the reality that some children who die of influenza complications may not be tested for influenza, that influenza viruses might not always be detected by some tests (especially after a week or so since infection onset), and that influenza is not always listed on the death certificates of those who died from flu-related complications. Approximately half of children lost to flu were previously healthy, a scary surprise to many who assume that influenza doesn’t pose a threat to their child.

Data from 2017 to 2021 indicate that, compared with COVID-19, the pediatric flu-associated hospitalization rate was similar or higher among children younger than 12 years old, but lower for adolescents 12 to 17. Like the mortality data, these hospitalization data indicate that flu can be a more serious disease for children, and especially younger children, than COVID-19. So why do we keep hearing that COVID-19 is not “just the flu”?

The already serious threat influenza poses is exacerbated in communities impacted by the consequences of systemic racism, including inequities in access to health care that drive the striking disparities in disease burden and health outcomes that often characterize members of historically marginalized communities. For example, people from many racial and ethnic groups experience higher rates of severe flu-related outcomes than do white counterparts. A Centers for Disease Control and Prevention study showed significant race/ethnicity-based disparities in influenza-associated hospitalization rates, intensive care unit admissions and in-hospital death rates; these disparities were even more marked among children. These trends were observed in non-Hispanic Black people, non-Hispanic/Latinx American Indian and Alaska Native people, and Hispanic/Latinx people. The pervasive minimization of flu severity in our country and culture might even intensify these inequities, especially from the perspective that members of historically marginalized communities often have relatively little access to high-quality health care.

We know that annual flu vaccination is the best protection against seasonal influenza. Flu vaccines are lifesaving in adults and children. Yet influenza vaccination coverage has been well below the Healthy People 2030 target of 70% established by the U.S. Department of Health and Human Services as a feasible goal for personal protection and community immunity. During the 2021-22 flu season, preliminary estimates for flu vaccination rates among U.S. children, adults and pregnant people were 55%, 45% and 52%, respectively. These rates are even lower among historically marginalized populations. For example, the 2021-22 vaccination levels among Black children and adults, respectively, were 47% and 35%.

There are various reasons people do not receive a flu shot each year, including the growing threat posed by vaccine misinformation, much of it deliberate. Another main potential driver is the failure to recognize influenza as a health threat. And it doesn’t help to “move the needle” on flu vaccination when we consistently hear “it’s just the flu.” Primary care providers and specialists need to strongly advocate flu vaccination to all their patients each season and emphasize that it is safe to co-administer vaccinations (e.g., influenza and COVID-19). Health care providers also must recognize that the absence of a recommendation is still a recommendation: It is critical to actively and repeatedly encourage annual influenza vaccination beginning when a child is 6 months old. From this perspective, recommending vaccination during pregnancy is especially important, as it’s the best way to protect infants younger than 6 months. Ensuring that children have timely access to influenza testing and antiviral treatment soon after symptom outset can also help prevent or mitigate severe flu-related outcomes.

Nothing is gained by pitting deadly infectious diseases against one another. Children and adults will die needlessly if we minimize the disease burden and risk posed by influenza. Taking the threat of influenza seriously is long overdue. It is our collective responsibility as parents, caregivers, health care professionals, scientists and public health advocates to prioritize the actions needed to better prevent and control influenza.

Serese Marotta is director of advocacy and education for Vaccinate Your Family. Maurine Neiman, a Minneapolis native, is a professor in the Department of Biology and Department of Gender, Women’s, and Sexuality Studies at the University of Iowa.