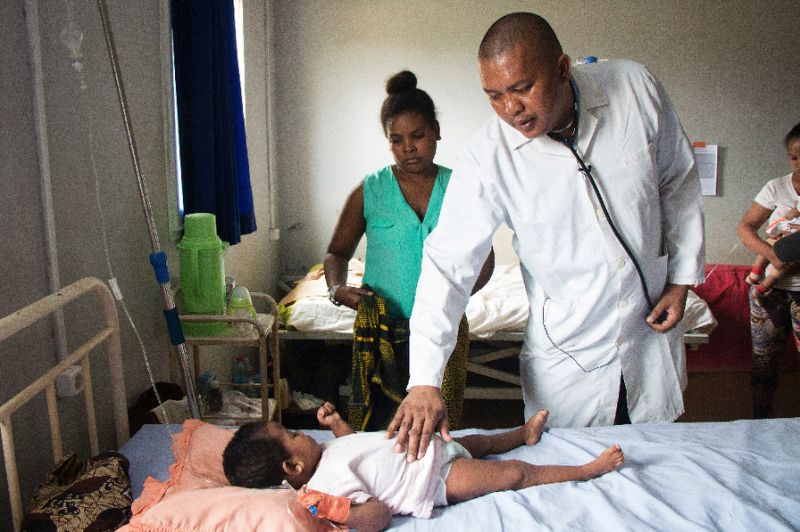 Since last September and February, there were more than 79,000 cases of measles in Madagascar, 926 of which were fatal (AFP Photo/Mamyrael)

Antsiranana (Madagascar) (AFP) – Frangeline is aged two but weighs no more than a four-month-old — the terrible result of her battle with measles, which is cutting a deadly swathe through Madagascar.

Widespread malnutrition and low rates of immunisation on the Indian Ocean island have ramped up the killing power of the highly infectious virus.

In the last six months, nearly 1,000 children have been killed by a resurgent disease that vaccination once appeared to have tamed.

Now on a drip, the scrawny infant was only saved because her mother Soa Robertine, 32, made the 25-kilometre (15-mile) trek from her home to the Anivorano-nord health centre, in the island’s far north.

Without her timely action, respiratory or neurological complications arising from the virus would have proved fatal, doctors said.

“Frangeline is suffering severe malnutrition and she wasn’t vaccinated” against measles,” said the clinic’s head of medicine, Hollande Robisoa.

“She contracted a complicated form of measles and she would have died if she hadn’t been brought here.”

Many other children have not been so lucky.

Between last September and February, there were more than 79,000 cases of measles in Madagascar, 926 of which were fatal, according to the World Health Organization (WHO).