Measles Leaves the Immune System Vulnerable to Other Diseases 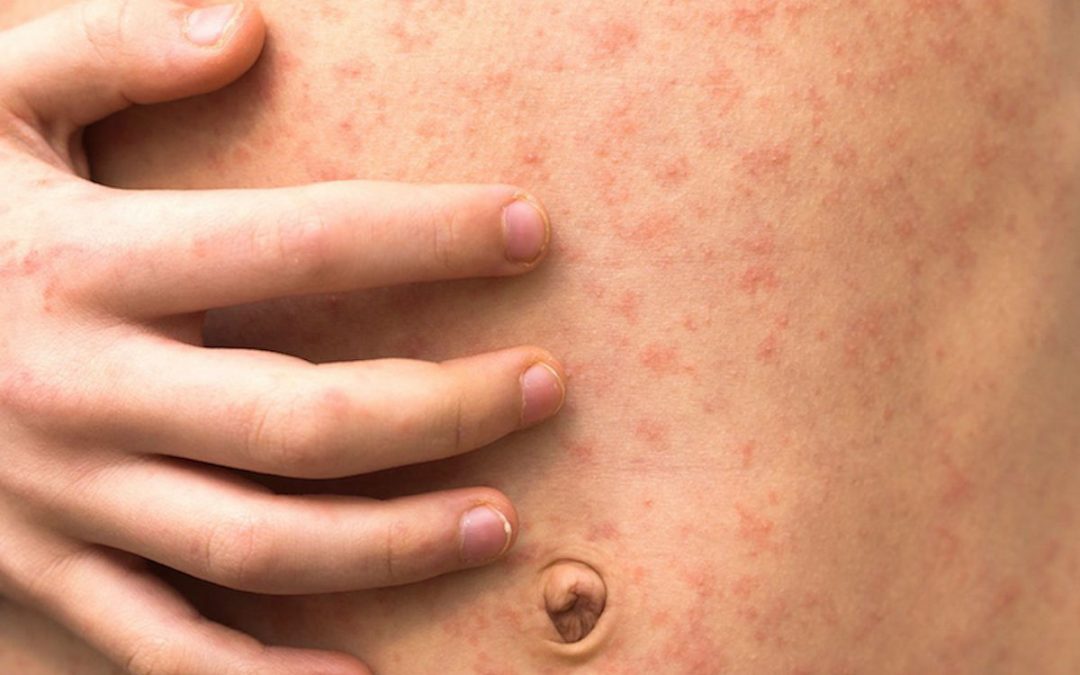 This article appeared in The Scientist. Read the full story here.

Children who survive measles are protected against future measles infections, but have such diminished immunity that they may be left vulnerable to other pathogens, according to a pair of research papers in Science and Science Immunology today (October 31). The studies, which examined blood from unvaccinated children, show that the virus decimates the body’s repertoire of pathogen-specific immunological weapons.

“These [papers] really advance our understanding of the impact of measles virus on the immune system and consequently the potential for increased susceptibility to other infectious diseases,” says epidemiologist William Moss of the Johns Hopkins Bloomberg School of Public Health who was not involved in either study. They suggest, he continues, “that we may have been underestimating the impact of the measles vaccine on global child mortality.”

“They are clearly very important papers, particularly at this time when there is, in some quarters, so much anti-vaccine sentiment,” says immunologist Dan Littman of New York University who also did not participate in the research. They provide “real evidence-based data to argue for the importance of vaccination,” he adds. “Not that us immunologists needed any convincing.”

Generally speaking, the measles virus causes a short-lived illness characterized by fever, fatigue, and a distinctive rash. In some cases, however, the virus, which attacks immune cells, leads to serious complications and even death. Before the measles vaccine was available, almost every child experienced an infection with this highly contagious virus. Since the vaccine’s introduction in 1963, there has been a steadily diminishing number of measles cases worldwide and, as a result, tens of millions of lives have been saved.

Since 2018, this downward trend has reversed. Largely because of reduced numbers of vaccinations, there has been almost three times as many cases reported worldwide in 2019 as there were last year.

The reversal is particularly concerning because the vaccine is thought to protect children from more than just measles, says epidemiologist Michael Mina of the Harvard TH Chan School of Public Health who is a coauthor of the Science paper. In the 1960s and ‘70s, “every time the vaccine was rolled out in a new region, childhood mortality would plummet” beyond what could be explained by preventing measles alone, he says.

One theory behind the unexpectedly large drops in mortality was that the vaccine prompted a general boost to the immune system. Population studies of measles epidemics, however, revealed that in the months and even years following outbreaks, the numbers of deaths caused by other infectious agents also increased. This suggested that measles made sufferers susceptible to other deadly infections, and therefore that, by preventing measles, the vaccine also prevented such weakening of the immune system. While this epidemiological evidence was strong, says Mina, “we really needed some biological data to back it up.”

To that end, Mina and colleagues examined blood samples collected from 77 unvaccinated children—members of religious communities who choose to forgo vaccinations—before and after natural measles infections. The team also studied samples from a further five unvaccinated children who did not catch the virus as well as 59 age-matched, vaccinated controls.

The blood was analyzed using a tool called VirScan, which detects the presence of antibodies against thousands of epitopes representing more than 400 viral and bacterial human pathogens. The assay revealed that, after a measles infection, the diversity of a person’s antibodies dwindles.

“Some of these effects were drastic,” says Stephen Elledge, a geneticist at Harvard Medical School and coauthor of the Science paper. Indeed, the children lost between 11 percent and 73 percent of their antibody repertoire, meaning their immunological memories of previously encountered pathogens would be impaired. No such loss was seen in the unvaccinated children who did not suffer measles infection or the vaccinated controls. The researchers also observed a similar loss in antibody diversity in unvaccinated macaque monkeys infected with the measles virus.

Petrova’s group also looked at the effect of infection with a measles-like virus in ferrets. They showed that resistance to the flu, provided by vaccination, was lost in some of the ferrets as a result of the measles-like infection.

“From two independent studies, we show a very similar general picture about how important it is to vaccinate against measles,” Velislava says.

Elledge agrees. People use seatbelts to prevent serious injuries in car accidents, he says, and these studies show that “measles is like an accident to your immune system.” The vaccine is “like a seatbelt,” he says, and people should “buckle up.”