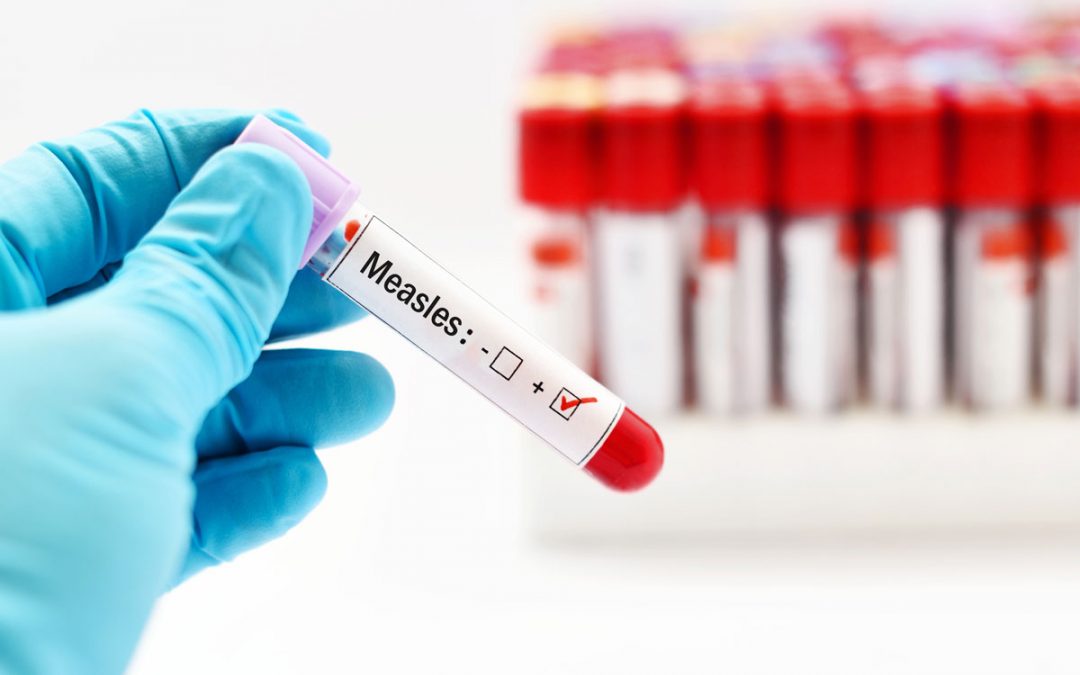 Measles had a turbulent 20th century: Thousands died from the disease 100 years ago; 50 years ago, we saw the advent of a national vaccination program, and in 2000, the disease was declared eliminated in the United States.

Unfortunately, widespread misunderstanding and misinformation over the last two decades have caused some regression, culminating in this year’s outbreak. With more than 800 confirmed measles cases confirmed, the disease has wrought more damage this year than at any time since the early 1990s.

Most Americans can’t remember a time before the first measles vaccine came out in 1963, but it was a major public health challenge. And if the country as a whole doesn’t return to the strict policies that got the disease under control, we may be headed back to those worrying times.

Before the vaccine became common, half of all American children got measles by age 6 and nearly every child had measles before they turned 15.

At its peak, the official count was 500,000 cases and 500 deaths annually, but the actual numbers were likely far higher. Some estimates suggest there were up to 4 million people infected each year, 48,000 of whom were hospitalized and 1,000 of whom suffered from encephalitis, or swelling of the brain.

Thanks to the miracles of modern medicine, an effective campaign to distribute a measles vaccine was developed and instituted nationwide. In short order, a major source of the illness was basically eliminated.

However, by 2013, vaccination rates in the state of California had declined significantly, spurred largely by false claims that vaccines cause autism and other conspiracy theories. As a result, California’s measles vaccination rate dropped to only 90 percent, well below the 96 percent rate that experts say is necessary to prevent measles outbreaks.

In late 2014 and early 2015, California saw the inevitable outcome of its regression: an outbreak that likely began when someone became infected with measles while traveling and then visited Disneyland, which quickly grew to 147 cases across seven states.

California quickly took action. In the summer of 2015, just months after the outbreak ended, Gov. Jerry Brown signed a law that strengthened the mandate to vaccination, one of the strongest laws in the country.

Today, the only reason a child can attend public school in California without being vaccinated is if they were exempted for health reasons. Previous exemptions like personal or religious beliefs are no longer acceptable to prevent vaccination. Only two other states, Mississippi and West Virginia, share California’s strict non-exemption law.

Because of that law, the measles vaccination rate in California has once again climbed into the safe zone — this year nearly 96 percent of children are vaccinated. But nationwide, that rate is only 91 percent, creating a breeding ground in some communities for the disease to spread.

Opponents to mandatory vaccinations suggest that choosing not to receive a vaccine won’t harm anyone other than that individual. Science informs us differently.

People who are able to receive the vaccine but don’t are, in fact, adding to the risk pool in which we all live. Their presence allows measles to spread in groups where it otherwise would naturally die out.

This is particularly dangerous for babies who have yet to be vaccinated and individuals who aren’t able to receive vaccines due to health conditions. For this reason, high community vaccination rates are essential to safeguard those individuals.