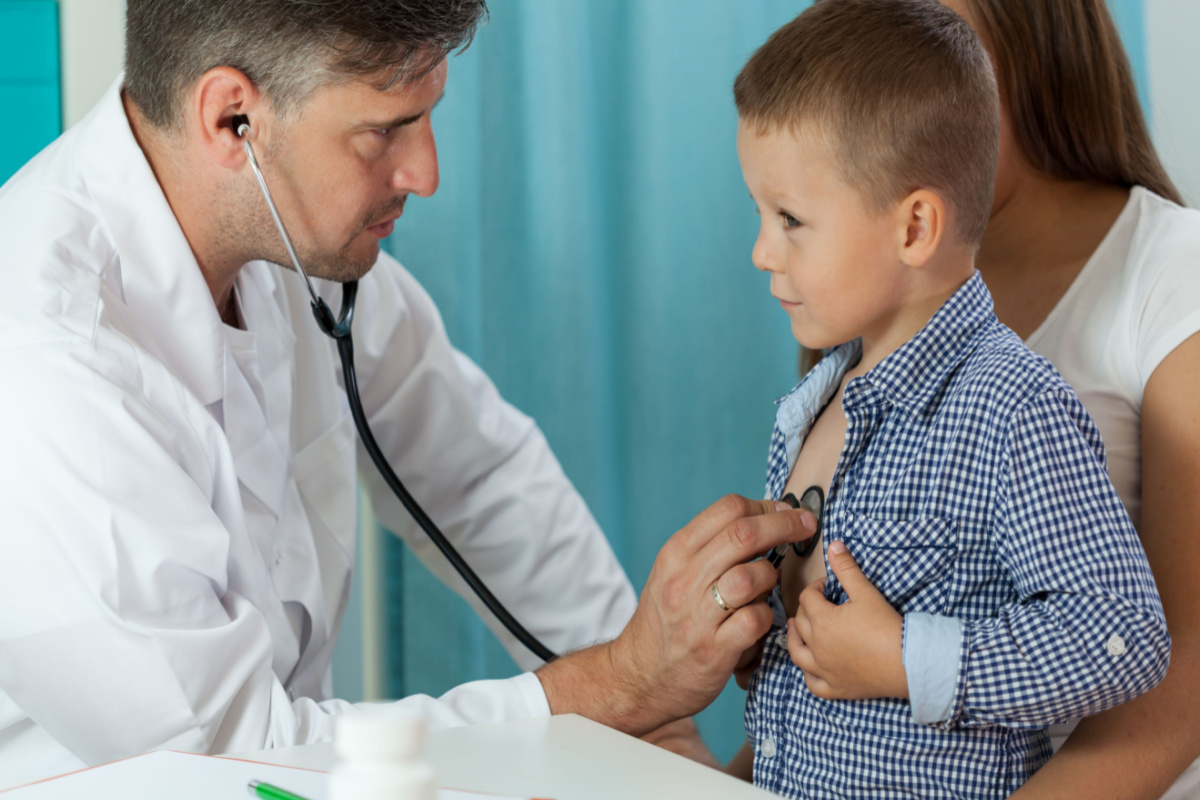 Polio — a viral scourge that killed and crippled thousands of children every year in the 1940s and 1950s and was thought to be eradicated in the United States — has been spreading for months in the New York City area, new details from the U.S. Centers for Disease Control and Prevention revealed earlier this week.

The news has health leaders in Michigan on “high alert” as immunization rates among toddlers for the primary childhood vaccine series — which includes polio, measles, tetanus, whooping cough, hepatitis and pneumonia — fell yet again in June to 67.1%.

That’s a dip of about 6.9 percentage points since July 2019, and it leaves about a third of Michigan children vulnerable to one or more vaccine-preventable diseases, according to new data released Thursday from the Michigan Care Improvement Registry.

Polio ‘could really spread quite quickly’

“Since COVID hit in Michigan in 2020, our childhood immunization numbers have plummeted,” said Terri Adams, director of the Division of Immunization for the Michigan Department of Health and Human Services. “They have not recovered.”

She and other health leaders urged Michiganders to get their children fully vaccinated before they return to school to limit the spread of these diseases.

Dr. Dennis Cunningham, Henry Ford Health’s director of infection control and prevention, said the risk for polio transmission is among his biggest concerns given what’s happening in New York.

“If there was a case of polio in Michigan, it could really spread quite quickly,” he said, because of the state’s low immunization numbers.

Unvaccinated people are vulnerable to contracting poliovirus, Cunningham said, as are people who didn’t complete the full vaccine series — four doses given between the ages of 2 months and 6 years old. The vaccine offers 99% protection against severe disease, according to the CDC.

‘The diseases can and will come back’

The situation is most serious in seven Michigan counties and the city of Detroit, where the vaccination rate for the primary childhood series for toddlers has fallen below 60%.

“Prior to COVID, we hadn’t seen these numbers below 70% for decades,” said Terri Adams, director of the Division of Immunization for the Michigan Department of Health and Human Services. “This means we now have thousands of kids in school who aren’t protected from serious and potentially deadly diseases like measles, mumps, polio and whooping cough, just to name a few.

“The diseases can and will come back and can spread through our classrooms and communities if not enough children and adults are vaccinated.”

Polio can spread silently through communities before anyone knows it’s there. That’s because most people who catch the virus don’t have any symptoms. For 25% of people, symptoms are flu-like and can include:

But it’s the severe cases that can be devastating.

Anywhere from 1 to 5 in 100 people can develop meningitis from a polio infection. That can cause potentially life-threatening swelling of the brain or the lining around the spinal cord, according to the CDC.

A smaller proportion of people are paralyzed by the virus, which can lead to permanent disability and in some cases, death.

Dr. Dennis Cunningham is the medical director of infection control and prevention at Henry Ford Health System.
“It’s really important to remember how many people died or were paralyzed because of poliovirus in the past,” Cunningham said.

“The last thing I want to see is kids with … acute flaccid paralysis, meaning your muscle just loses all its tone. … There really is no treatment for it at that point. It’s too late,” Cunningham said.

Even children who seem to recover can suffer from post-polio syndrome years later as adults, which can include muscle pain, weakness, muscle atrophy and joint pain.

The man in Rockland County, New York, who contracted polio this year is only the second person in the U.S. since 1979 to have community transmission of poliovirus, according to the CDC, which detailed his case in a report published Tuesday.

He was unvaccinated when he became ill in June with fever, neck stiffness, back and abdominal pain, constipation and weakness in his lower extremities.

Since his case was identified, wastewater surveillance of sewage from Orange and Rockland counties found 21 samples dating back as far as April contained poliovirus. Three other possible polio cases are under investigation, though initial test samples have been negative for the virus.

Michigan health officials told the Free Press they are not testing sewage samples for poliovirus.

“The technology and standards for this testing are under development and we are actively engaging the CDC to consider supporting an expansion of our wastewater surveillance program to include polio testing at some scale,” said Chelsea Wuth, a spokesperson for the state health department.

The CDC told the Free Press that wastewater testing for polio is being prioritized in parts of New York “where undervaccinated communities linked to the case are concentrated.”

“CDC has begun working with jurisdictions to strategically select additional sites in areas at greatest risk for polio to test wastewater for poliovirus,” said Katherina Grusich, a spokesperson for the CDC.

Sites will be chosen based on local vaccination coverage, how much travel occurs to those communities from countries where poliovirus is circulating and on whether they already are part of the CDC’s National Wastewater Surveillance System, which was established to track evidence of the SARS-CoV-2 virus in wastewater.

“Once the program is established, CDC will continue to evaluate the results and determine any potential need for expanding to additional jurisdictions or other actions,” Grusich said. “Wastewater data can be an important early warning signal, but is most effective when used alongside other surveillance and clinical data.”

Adams said there’s no national wastewater surveillance for polio because there’s no money to pay for that kind of detection.

“This is something that needs to be funded, and right now there’s not a federal funding program for wastewater,” Adams said. “But we are on high alert. And so we’re just urging everyone to get up to date on all of their immunizations so that we don’t see this occur in Michigan.”

Polio, she said, is a reportable disease, which means “any child, or any adult for that matter, that would present at a provider office, at an urgent care, at an emergency room, at a hospital … with anything that remotely looks like a case of polio would be reported.”

The health department would then investigate to determine whether the case involves poliovirus, she said.

Grusich stressed, however, that polio risk in the U.S. overall remains low because most Americans have been fully vaccinated.

“We don’t have enough information at this time to determine if the virus is actively spreading in New York or elsewhere in the U.S., but so far, no additional cases (outside of the one in Rockland County) have been identified,” Grusich said.

“The wastewater testing results in New York, however, do indicate that the virus may be present in these communities, posing a risk to those who are unvaccinated. The recent paralytic polio case in New York occurred in a person who was unvaccinated and who lives in a community with low vaccination rates, where poliovirus could cause more harm.”

Rockland County, New York, also was the site of an outbreak of measles in 2019 that spread to Michigan and infected 46 people in the state — sparking Michigan’s largest measles outbreak in 28 years.

A traveler from Israel, state health officials said, unknowingly brought measles to Oakland County in early March 2019. Before he visited an Orthodox Jewish enclave in Southfield and Oak Park, the man spent some time in Rockland County, which was the center of a fast-spreading measles outbreak largely among unvaccinated children.

In our increasingly global society, “we know that we are not isolated anymore,” Cunningham said. “You’re really only a 24-hour trip by plane from just about anywhere in the world. So could (polio) come here? Could it be here? Absolutely.”

Besides unvaccinated people, others also could be at risk for severe disease from poliovirus, Cunningham said.

As students get ready to go back to school in the fall, public health experts statewide are encouraging parents to get their kids’ immunizations up to date, saying it’s not only polio that poses a risk.

“Vaccines protect children from 14 diseases by age 2,” said Veronica Valentine McNally, president of the Franny Strong Foundation and founder of the I Vaccinate Campaign. “If you include COVID vaccination, it’s 15 diseases. … Vaccines are preventative medicine. They keep our community safe.”

“I want to make sure that people see and understand that undervaccination has consequences,” she said.