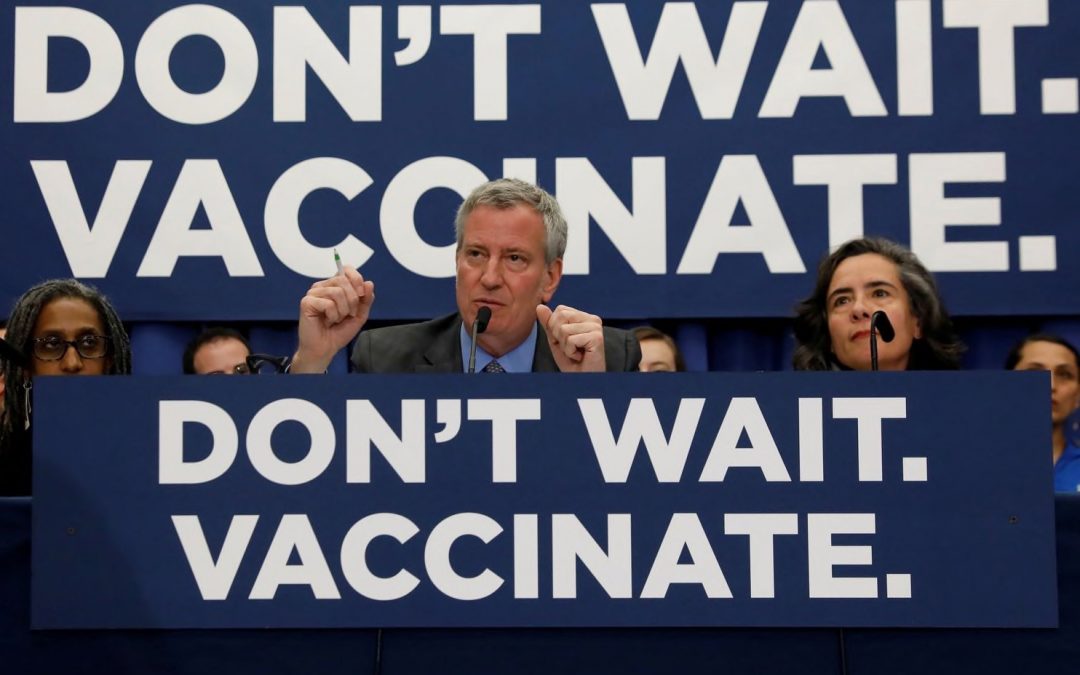 The city spent over $6 million, deployed more than 500 staff and issued a mandatory vaccination order for people living and working in four Brooklyn neighborhoods. The outbreak of a highly contagious and potentially life-threatening disease was heavily concentrated in the ultra-Orthodox Jewish community, where misinformation about the safety and effectiveness of the measles, mumps and rubella vaccine has spread, officials said.

A total of 654 people were infected, and 52 of them were hospitalized, including 16 who required intensive care because of serious complications, according to a Health Department news release. About 73 percent of the individuals were unvaccinated, 7 percent were incompletely vaccinated, and 15 percent did not know their vaccination status. The majority of the cases, 72 percent, occurred in the four Brooklyn neighborhoods.

The city’s outbreak was the largest in the country, fueling a national increase that has resulted in the greatest number of cases in a single year in 27 years. As of Aug. 29, there were 1,234 cases nationwide, according to the Centers for Disease Control and Prevention. This year’s outbreaks represent a huge setback for public health after measles was declared eliminated in the United States in 2000.

No new cases have been reported since mid-July. Measles outbreaks are typically declared over when two incubation periods for measles (the equivalent of 42 days) have passed.

“Measles is one of the most contagious diseases on the face of the earth,” said New York City Health Commissioner Oxiris Barbot. Although there may no longer be local transmission of measles in New York City, she said, the threat remains, given other outbreaks in the United States and around the world, including in Europe and Israel, as well as in countries in South America, Africa and Asia.

She said vaccination coverage has increased significantly since the city’s emergency vaccination order. She added: “We are grateful to the New Yorkers who shared the truth about vaccines and protected the health of their friends and neighbors through this outbreak.”

Anti-vaccine groups had been particularly active in targeting the community. They held high-profile rallies at the height of the outbreak and distributed misinformation through pamphlets and recorded conference calls. But other groups within the ultra-Orthodox Jewish community fought back. A volunteer group of health-care professionals, the Vaccine Task Force, wrote and distributed thousands of booklets to parents to counter fears and myths spread by anti-vaccination groups. They organized sessions with parents and with clinicians to hear people’s questions about the science behind vaccines and address those directly.