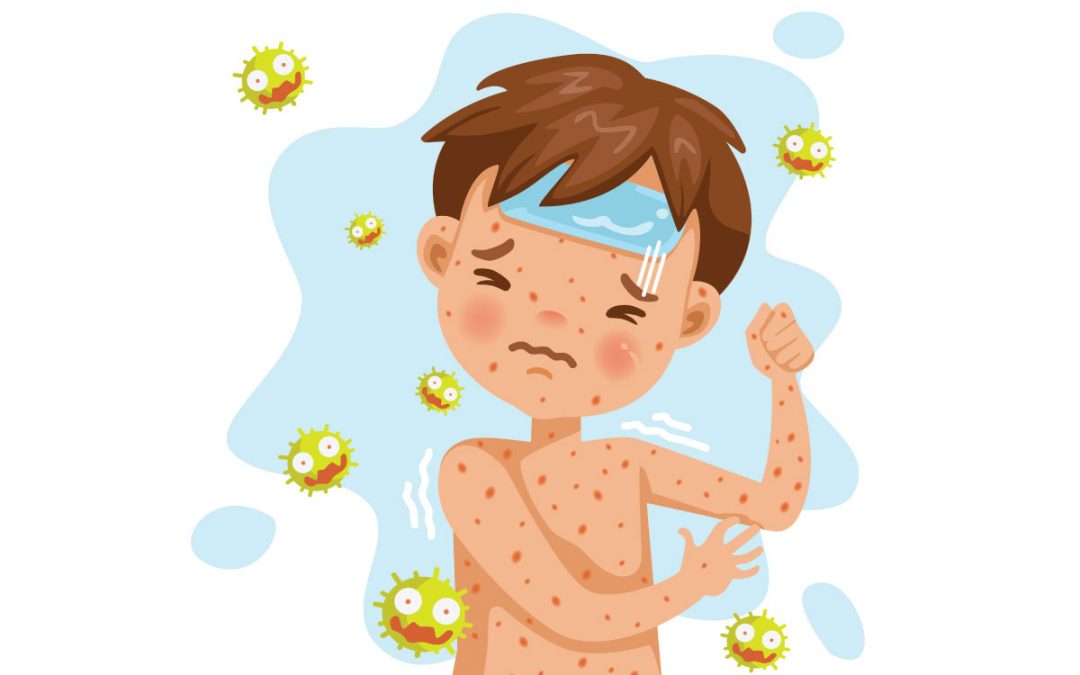 This op-ed by Abbie Roth appeared in The Columbus Dispatch. Read the full story here.

My son is learning to read. If you’ve had kids in early elementary school, you know that means reading books that come home in their backpacks.

One night, it was a book about things that have spots. The dog has spots on his back, the giraffe has spots all over, and so on. I nearly dropped the book when the last page showed a smiling, shrugging child covered in spots. The text read: “But I’ve got measle spots EVERYWHERE!”

Besides the obvious grammar issue (it should be “measles”), I was surprised to find a cheery depiction of a disease that can be fatal. According to the Mayo Clinic, measles still kills more than 100,000 people globally each year. Most are children younger than 5.

Once I got over my surprise, I used the opportunity for a teachable moment with my son. I explained why he didn’t have to worry about getting those spots — because he had a series of shots when he was younger, he’s now protected.

This is one of the great achievements of medicine — that a vaccine can protect children from an illness that could kill them. And fortunately for generations to come, researchers are hard at work developing new vaccines for diseases that are still far too common and deadly.

For example, respiratory syncytial virus (RSV) is a common virus that infects the lower respiratory tract. It is a leading cause of hospitalization and death in infants worldwide. An effective vaccine for RSV is the aim of many researchers, including Nationwide Children’s Hospital researchers Asuncion Mejias, Octavio Ramilo and Mark Peeples.

They have spent years uncovering the secrets of RSV — how it infects and how it evades the immune system. In one recent publication, Drs. Mejias and Ramilo found that, opposite what they expected, higher amounts of the virus in the blood at first diagnosis is associated with better outcomes than lower viral loads at disease onset. They also found that babies with RSV who received steroids as part of their treatment did worse than those who did not.

As we head into RSV season, which tends to be similar to flu season, I like to think that someday RSV could be a rarity, a piece of history that could be explained to a child like this: “This disease used to hurt a lot of kids like you, but because you were vaccinated, you don’t have to worry about it.”