Pregnant women ‘didn’t have the data’ – until now: COVID-19 vaccines are safe and effective, even for babies, study shows 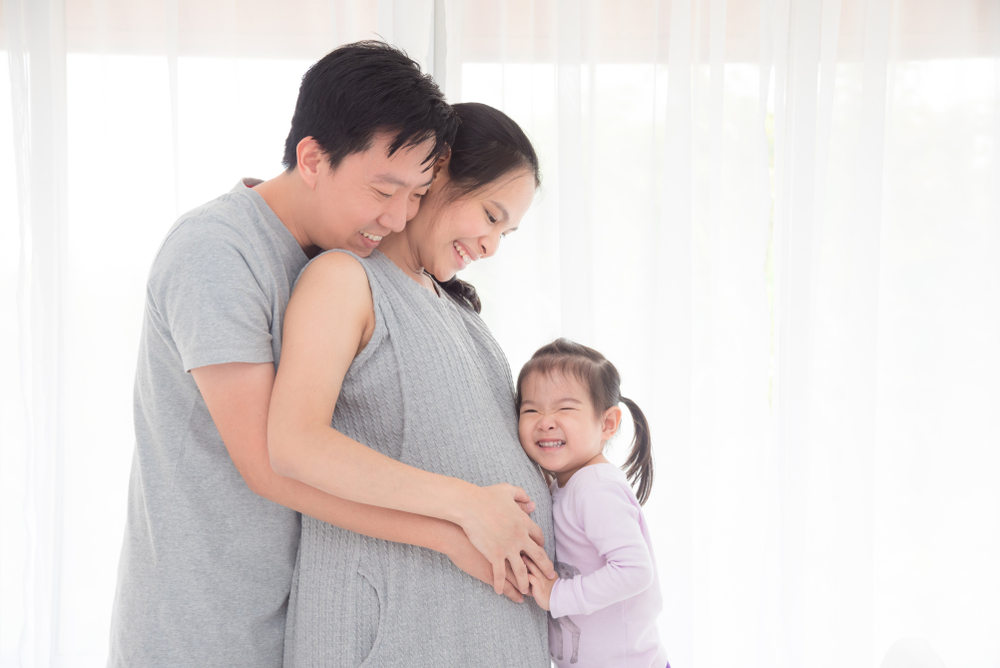 This story appeared in the Lansing State Journal. Read the full story here.

COVID-19 vaccines are extremely effective at protecting pregnant women and likely provide protection for their babies as well, according to a new study.

The research, published Thursday in the American Journal of Obstetrics and Gynecology, examined 131 vaccine recipients, including 84 who were pregnant, 31 who were breastfeeding and 16 who weren’t pregnant as a control group.

Earlier studies suggested the COVID-19 vaccines from Pfizer-BioNTech and Moderna would be safe and effective. But this is the largest study to date looking at the immune responses of pregnant and lactating women to vaccination.

Large-scale clinical trials intentionally excluded pregnant women, leaving them to wonder whether to get the shots.

As a maternal-fetal medicine doctor, Jacqueline Parchem had no real doubts she’d get vaccinated. But as a 31-week pregnant woman in mid-December, the first week the shots were offered, she acknowledges she felt a little apprehensive.

“I’m a scientist first, and we didn’t have the data,” said Parchem, who was immediately eligible for vaccination as a health care worker at the University of Texas Health Science Center at Houston.

Still, she had seen the damage COVID-19 could cause to her pregnant patients: increasing their risk for hospitalization, intensive care and mechanical ventilation.

Based on the performance of other vaccines, she was confident the Pfizer-BioNTech and Moderna’s 95% effectiveness rates likely would be true for her as well. She talked with scientist friends, and none could come up with a biologically plausible way the vaccine could harm her child. And she expected that the shots would stimulate her body to make antibodies that could protect her son against COVID-19 in his first months of life.

“The benefits of vaccination, the relief of anxiety, very effective protection from a potentially life-threatening infection, and then the benefits of passive immunization to my baby – at that time we didn’t have those data, but it’s science. We know how vaccines work,” she said. “I feel very confident of that.”

Her conviction has been borne out by recent research, including the newest study.

In terms of safety data, more than 60,000 pregnant women have now signed up for the government’s v-safe program, which monitors people who have received a COVID-19 vaccine. As of the last v-safe report in February, no safety concerns were flagged.

Among a much smaller group of pregnant women, including Parchem, who agreed to be followed during and after their pregnancy, the number of pregnancy complications such as miscarriage and gestational diabetes were comparable between the vaccinated and the unvaccinated.

The new study, conducted at Massachusetts General Hospital and Brigham and Women’s Hospital, both in Boston, found pregnant and nursing women receive as much protection from vaccines as non-pregnant women, and more protection than they would get from an infection with the virus that causes COVID-19.

Both the Pfizer-BioNTech and Moderna vaccines are based on a relatively new vaccine technology known as mRNA, which hadn’t been tested in pregnant women, so there were questions about how much protection they would provide.

There was no indication their babies were harmed in any way by the shots, said co-authors Galit Alter and Andrea Edlow, and the side effect profiles were virtually identical between pregnant and non-pregnant women.

Plus, the babies born to mothers vaccinated in pregnancy had antibodies to COVID-19. Although it’s not clear what antibody levels are protective against disease,they likely had enough to be protected for at least some time, Alter and Edlow said in a recent conference call.

The two mRNA vaccines are very similar, but the study did pick up a difference. Moderna’s two-shot regimen appeared to generate more of a certain type of antibody called IgA than Pfizer-BioNTech’s, though it’s not clear whether that difference matters, they said.

“Fortunately, now we feel we can say it does work to induce an antibody response,” Edlow said. “That part of the counseling is much easier when you have actual data instead of saying, ‘We think this will work for you.’ It feels much more comfortable to say to patients, ‘Actually, this has been studied and we can say that it is effective.'”

Their study wasn’t the definitive clinical trial some pregnant women have been waiting for, but it’s pretty close, other OB-GYNs said.

“It certainly is exciting and it’s what personally, I was hoping for. I’m feeling good about it,” said Dr. Laura E. Riley, a maternal and fetal medicine specialist and chair of the department of Obstetrics and Gynecology at Weill Cornell Medicine in New York, who has launched similar research.

If only trials had included pregnant women

“We could have gotten this information a heck of a lot sooner, but clearly you can’t wait forever in the midst of a pandemic,” Riley said, explaining why she encouraged her patients to get vaccinated before all the data was available. “That added a little bit of tension to the whole situation.”

In a recent talk she gave, 740 pregnant women joined in loaded with questions not answered by the clinical trials, she said. “They want to make an informed decision.”

A small trial that started Jan. 1 could have had sufficient data by now to help pregnant women feel better about choosing vaccines, said Swamy, a member of the ACOG immunization, infectious disease, and public health preparedness expert work group.

Pfizer is conducting a vaccination trial in 4,000 pregnant women, which should be completed late this year.

The last year has shown that if there’s funding, the American scientific community can do many things it wouldn’t have considered possible before, said Dr. Sallie Permar, chair of pediatrics at Weill Cornell Medicine and NewYork-Presbyterian Komansky Children’s Hospital.

“Now, it’s time to think about how could we have done things differently, to not leave these groups out of the protection and the assurance that it was going to be safe and work well in their populations.”

More information also could help counter some of the misinformation that’s in public and on the Internet, Permar said.

There’s no biologic reason why the mRNA vaccines would impact fertility, she said. “Plenty of people have gotten the vaccine and gotten pregnant afterward,” she said. “We really don’t think the vaccine is going anywhere other than the muscle where it’s injected into and the local lymph nodes where it stimulates the immune response.”

Swamy also said there’s no evidence fever, which can be a side effect of the vaccine, does any harm to a fetus. Prolonged fever in pregnancy isn’t good, but the side effect fever, lasting rarely more than a day or so and treatable with acetaminophen, isn’t a problem, she said.

Vaccines always carry some small risk, Riley noted. “You can’t say that a vaccine will never harm you,” she said. “Some people do have weird, wacky reactions to these things.”

But after enduring being “sick, sick, sick” with COVID-19 early in the pandemic and missing work for a month, Riley said she got a shot the second one was available to her. “I would never in 100 million years think about not taking a vaccine,” she said. “I was like, I’m taking my chances. It can’t be worse than COVID.”

Wider use for vaccines in pregnancy?

Vaccines against the flu and whooping cough also provide protection for the first few months of a baby’s life.

Alter and Edlow say they hope evidence from all three diseases will help convince mothers and other scientists about the importance of vaccinations during pregnancy.

“We have to start thinking about how do we design vaccines to stop losing babies’ lives and stop losing maternal lives,” Alter said.

“We’re hoping that all this COVID-19 vaccine is going to release vaccine developers to start taking pregnancy really seriously and start to think about how we can really develop novel strategies to empower women and their babies with immunity to fight pathogens.”

Vaccinating a pregnant woman might help protect against common scourges of early childhood, such as respiratory syncytial virus and neonatal sepsis, both major causes of infant death worldwide.

Dr. Ajoke Sobanjo-ter Meulen, a senior program officer with the Bill & Melinda Gates Foundation, said the foundation is committed to expanding the use of vaccines to protect newborns around the globe.

Bill Gates, a co-founder of Microsoft, and his wife, Melinda, created the foundation after going on safari in Africa two decades ago and recognizing that vaccine shortages were leading to preventable childhood deaths.

Following the United Nation’s Sustainable Development Goals, the Gates Foundation is working to end preventable deaths for children under 5 by 2030 – but it’s been hardest to move the needle on neonatal deaths, ter Meulen said.

For COVID-19 vaccines, the foundation is committed to closing the access and availability gap for pregnant and lactating women to “the same protection by a proven safe and efficacious intervention as non-pregnant women,” said ter Meulen, who is co-chairing the maternal immunization working group for COVAX, a global initiative to provide COVID-19 vaccines to low- and middle-income countries.

“No pregnant woman should go through COVID-19 disease while in pregnancy.”

Permar, of Cornell, said the growing scientific evidence for the safety and effectiveness of COVID-19 vaccines should give pregnant women confidence to get vaccinated. “There’s a lot more months of data now behind them to say there really haven’t been major concerns,” she said.

Mandee Staley was about 31 weeks pregnant when she came down with COVID-19 at the end of January. The 43-year-old, from Heidelberg, Pennsylvania, had a sore throat, chills, a low-grade fever and difficulty breathing. She cried when she received her positive test results.

Staley was admitted to the hospital for high blood pressure and was checked into the high-risk unit because of her age and recent diagnosis of preeclampsia.

“I was so scared,” she said. “I was asking a lot of questions and I was basically told that they didn’t have a definite answer to my questions.”

She gave birth on Feb. 23 to a beautiful, healthy girl, but it wasn’t until Staley brought her home from the hospital that she finally breathed a sigh of relief.

Even after all that unrest, she still doesn’t want to get the vaccine. And although she wasn’t offered the vaccine during her pregnancy, she says she likely wouldn’t have gotten it even after knowing what it’s like to have the coronavirus while pregnant.

“There’s so many unanswered questions,” Staley said. “I would like to know more about the vaccine. … I just feel like it hasn’t been out long enough for me to necessarily get it.”

For her part, Parchem, whose son Darren was born perfectly healthy on Feb. 7, said she would encourage all pregnant women to get vaccinated.

“You’re getting a very robust response to a vaccine – you are – and then you’re conferring that to your baby,” she said. “We have data for real tangible benefits for mom and baby, whereas the risks are all theoretical.”