Routine childhood vaccinations lag as experts push to catch up 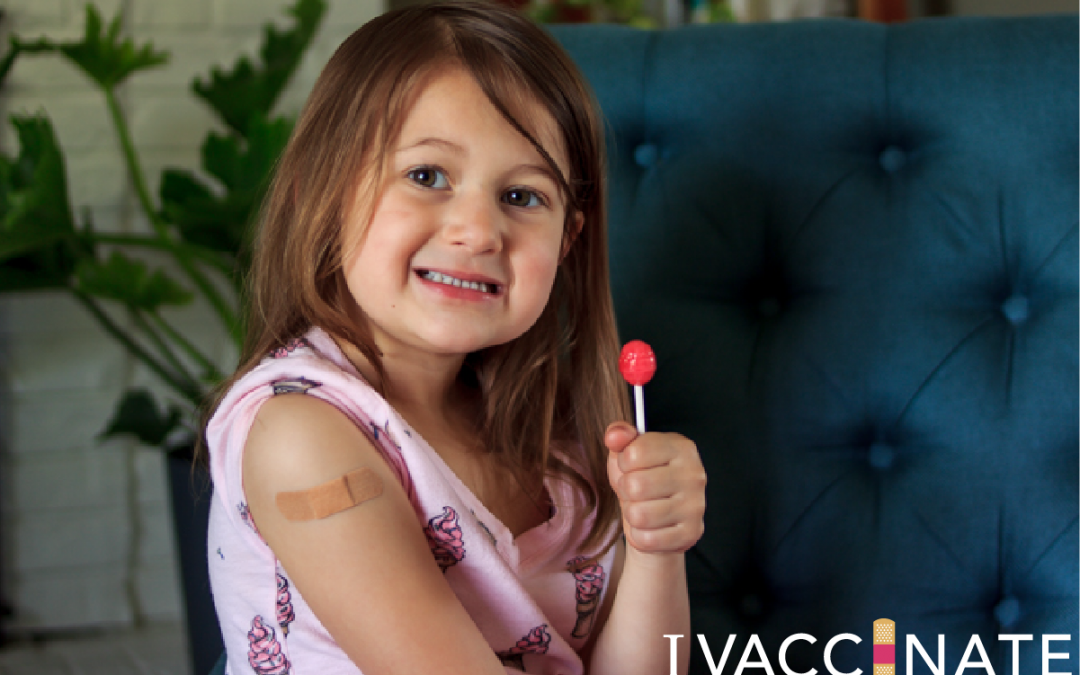 Melissa Blatzer was determined to get her three children caught up on their routine immunizations on a recent Saturday morning at a walk-in clinic in this Denver suburb. It had been about a year since the kids’ last shots, a delay Blatzer chalked up to the pandemic.

Two-year-old Lincoln Blatzer, in his fleece dinosaur pajamas, waited anxiously in line for his hepatitis A vaccine shot. His siblings, Nyla Kusumah, 14, and Nevan Kusumah, 11, were there for their TDAP, HPV and meningococcal vaccine shots, as well as a Covid-19 shot for Nyla.

“You don’t have to make an appointment, and you can take all three at once,” said Blatzer, who lives several miles away in Commerce City. The convenience outweighed the difficulty of getting everyone up early on a weekend.

Child health experts hope community clinics like this one, along with the return to in-person classes, more well-child visits and the rollout of Covid-19 shots for younger children, can help boost routine childhood immunizations, which dropped during the pandemic. Despite a rebound, immunization rates are still lower than they were in 2019, and disparities in rates between racial and economic groups, particularly among Black children, have been aggravated.

“We’re still not back to where we need to be,” said Dr. Sean O’Leary, a pediatric infectious disease doctor at Children’s Hospital Colorado and a professor of pediatrics at the University of Colorado School of Medicine.

Routine immunizations protect children against 16 infectious diseases, including measles, diphtheria and chickenpox, and inhibit transmission to the community.

The rollout of Covid shots for younger kids is an opportunity to catch up on routine vaccinations, O’Leary said, adding that children can get the vaccines together. Primary care practices, where many children are likely to get the Covid shots, usually have other childhood vaccines on hand.

“It’s really important that parents and health care providers work together so that all children are up to date on these recommended vaccines,” said Dr. Malini DeSilva, an internist and pediatrician at HealthPartners in the Minneapolis-St. Paul area. “Not only for the child’s health, but for our community’s health.”

People were reluctant to come out for routine immunizations at the height of the pandemic, said Karen Miller, an immunization nurse manager for the Denver area’s Tri-County Health Department, which ran the Westminster clinic. National and global data confirm what Miller saw on the ground.

Global vaccination coverage in children fell from 2019 to 2020, according to a recent study by scientists at the Centers for Disease Control and Prevention, the World Health Organization and UNICEF. Reasons included reduced access, lack of transportation, worries about Covid exposure and supply chain interruptions, the study said.

Third doses of the vaccines for polio and for diphtheria, tetanus and whooping cough, or DTP, decreased from 86 percent of all eligible children in 2019 to 83 percent in 2020, according to the study. Worldwide, 22.7 million children had not had their third doses of the DTP vaccine last year, compared to 19 million in 2019. Three doses are far more effective than one or two at protecting children and communities.

In the U.S., researchers who studied 2019 and 2020 data about routine vaccinations in California, Colorado, Minnesota, Oregon, Washington and Wisconsin found substantial disruptions in vaccination rates during the pandemic that continued into September 2020. For example, the proportion of 7-month-old babies who were up to date on vaccinations decreased from 81 percent in September 2019 to 74 percent a year later.

The proportion of Black children up to date on immunizations in almost all age groups was lower than that of children in other racial and ethnic groups. That was most pronounced in those turning 18 months old: Only 41 percent of Black children that age were caught up on vaccinations in September 2020, compared to 57 percent of all children at 18 months, said DeSilva, who led that study.

A CDC study of data from the National Immunization Surveys found that race and ethnicity, poverty and lack of insurance created the greatest disparities in vaccination rates, and the authors said extra efforts are needed to counter the pandemic’s disruptions.

Measles is among the most contagious diseases known to humankind, meaning that we have to keep very high vaccination coverage to keep it from spreading.

In addition to the problems caused by Covid, Miller said, competing life priorities, like work and school, impede families’ efforts to keep up with shots. Weekend vaccination clinics can help working parents get their children caught up on routine immunizations while they get flu or Covid shots. Miller and O’Leary also said reminders by phone, text or email can boost immunizations.

States are rolling out vaccination plans. Track the number of inoculations across the country.

“Vaccines are so effective that I think it’s easy for families to put immunizations on the back burner, because we don’t often hear about these diseases,” Miller said.

It’s a long and nasty list that includes hepatitis A and B, measles, mumps, whooping cough, polio, rubella, rotavirus, pneumococcus, tetanus, diphtheria, human papillomavirus and meningococcal disease, among others. Even small drops in vaccination coverage can lead to outbreaks. And measles is the perfect example that worries experts, particularly as international travel opens up.

“Measles is among the most contagious diseases known to humankind, meaning that we have to keep very high vaccination coverage to keep it from spreading,” O’Leary said.

In 2019, 22 measles outbreaks occurred in 17 states, mostly in unvaccinated children and adults. O’Leary said outbreaks in New York City were contained because surrounding areas had high vaccination coverage. But an outbreak in an undervaccinated community still could spread beyond its borders, he said.

In some states, significant numbers of parents were opposed to routine childhood vaccinations even before the pandemic for religious or personal reasons, posing another challenge for health professionals. For example, 87 percent of Colorado kindergartners were vaccinated against measles, mumps and rubella during the 2018-19 school year, one of the country’s lowest rates.

O’Leary said he does not see the same level of hesitance for routine immunizations as for Covid. “There has always been vaccine hesitancy and vaccine refusers. But we’ve maintained vaccination rates north of 90 percent for all routine childhood vaccines for a long time now,” he said.

Malini said the “ripple effects” of missed vaccinations earlier in the pandemic continued into this year. As children returned to in-person learning this fall, schools may have been the first place families heard about missed vaccinations. States set vaccination requirements and allowable exemptions for entry at schools and child care facilities. Last year, Colorado passed a school entry immunization law that tightened allowable exemptions.

Anayeli Dominguez, 13, was at the Westminster clinic for a TDAP vaccination because her middle school had noticed she was not up to date.

“School nurses play an important role in helping identify students in need of immunizations, and also by connecting families to resources both within the district and in the larger community,” said Denver Public Schools spokesperson Will Jones.