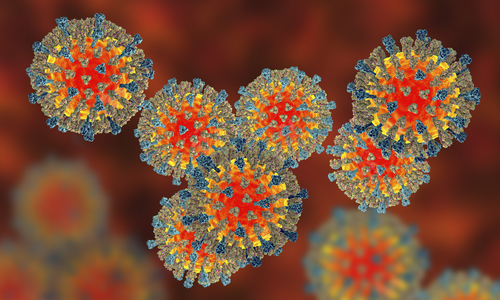 The United States is on track to surpass the record number of measles cases in a single year since the vaccine-preventable disease was declared eliminated in 2000, according to figures reported Monday. For the fourth week in a row, health officials have added dozens of new cases to the year’s list of confirmed ones, bringing the total to 626 — already the highest number in the past five years.

The number of people sickened by the highly contagious, potentially deadly disease increased by 71 during the third week of April, with 22 states reporting cases.

Health officials said they expect 2019′s case counts to jump in the coming weeks because of increased disease spread as a result of Easter and Passover gatherings. Officials in New York City, location of the largest outbreak in the country, are especially worried. At least 303 cases have been reported this year, virtually all in Brooklyn. New York City Health Commissioner Oxiris Barbot said she is bracing for an increase.

Because of measles’ long incubation period, we know this outbreak will get worse before it gets better,” she said last week.

The Centers for Disease Control and Prevention’s figures, updated Monday, report cases as of April 18, before the start of the holidays.

The outbreaks are linked to travelers who brought measles back from countries such as Israel, Ukraine and the Philippines, where large measles outbreaks are occurring.