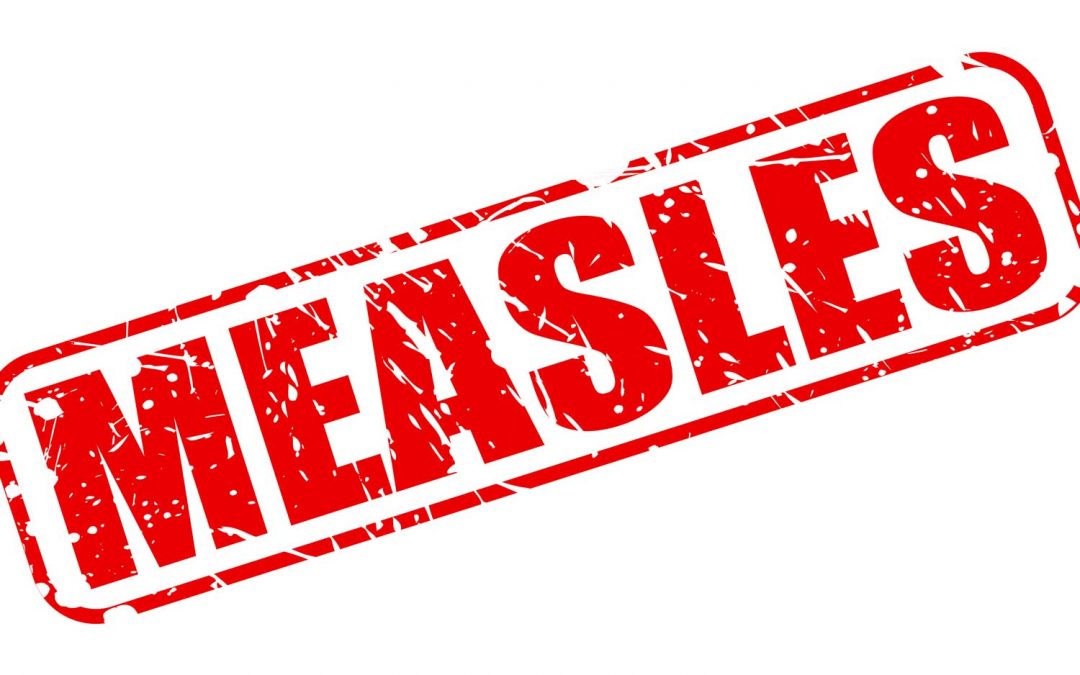 This article was originally published in Reuters. Read the full story here.

The United States recorded 25 new measles cases last week, raising the total number of cases this year to 1,148 in the country’s worst outbreak in a quarter century, federal health officials said on Monday.

The 2.2% increase in the number of cases between July 11 and July 18 included new cases in Ohio and Alaska, bringing the total number of states affected by the outbreak to 30, the U.S. Centers for Disease Control and Prevention (CDC) said.

The latest report marked the first time since June 10 that the highly contagious and sometimes deadly disease had spread to additional states.

Still, health experts have been encouraged that the numbers of new weekly cases have dipped after a surge of more than a hundred cases in a single week earlier this year.

While 25 new cases is up from 14 in each of the past two weeks, the number reported in a week has not exceeded 30 since June 24.

“There’s been a tremendous effort to try to promote vaccination in areas of the outbreak, and it’s been very effective in reducing the numbers,” said Theresa Madaline, an epidemiologist at Montefiore Hospital in New York.

Health experts say the numbers indicate the outbreak may be winding down.

“We are certainly on the proper side of this curve,” said Peter Pitts, president of the Center for Medicine in the Public Interest and a former U.S. Food and Drug Administration official. “That doesn’t mean that increased and constant vigilance aren’t necessary.”

The number of U.S. cases recorded in 2019 – the highest yearly total since 2,126 in 1992 – includes both active cases and those that have since resolved. No measles-related deaths have been reported.

The virus has spread mostly among school-age children whose parents declined to give them the measles-mumps-rubella vaccine, which confers immunity to the disease. A vocal fringe of U.S. parents cites concerns the vaccine may cause autism, despite scientific studies that have debunked such claims.

Failure to vaccinate poses a public health risk to vulnerable people unable to receive the vaccine, health officials have warned.

The disease was declared eliminated in the United States in 2000, meaning there was no continuous transmission of the disease for a year. Still, cases of the virus occur and spread via travelers coming from countries where measles is common.

CDC officials have warned the country risks losing its measles elimination status if the outbreak, which began in October 2018 in New York, continues until October 2019.