Is there a link between autism and vaccines?

No. One of the most frequent concerns expressed by some parents is that certain vaccines might cause autism. Please know there is absolutely no credible medical or scientific evidence to support any link between vaccines and autism. In fact, numerous credible medical, science-based studies have shown that there is no link between receiving vaccines and developing autism. You can read more about these studies on the Centers for Disease Control and Prevention website, the Children’s Hospital of Philadelphia website and the Autism Science Foundation website.

Concerns about autism and vaccines typically center on three areas:

Every day, a healthy child’s immune system successfully fights off thousands of antigens—the parts of germs that cause the body’s immune system to go to work. Vaccines contain only a tiny fraction of the antigens that babies encounter every day in their environment, even if they receive several vaccines on one day.

And even though children receive more vaccines to protect against more diseases now compared to 30 years ago, the actual number of antigens in vaccines is dramatically less than decades ago because vaccine technology has improved, making vaccines more efficient. 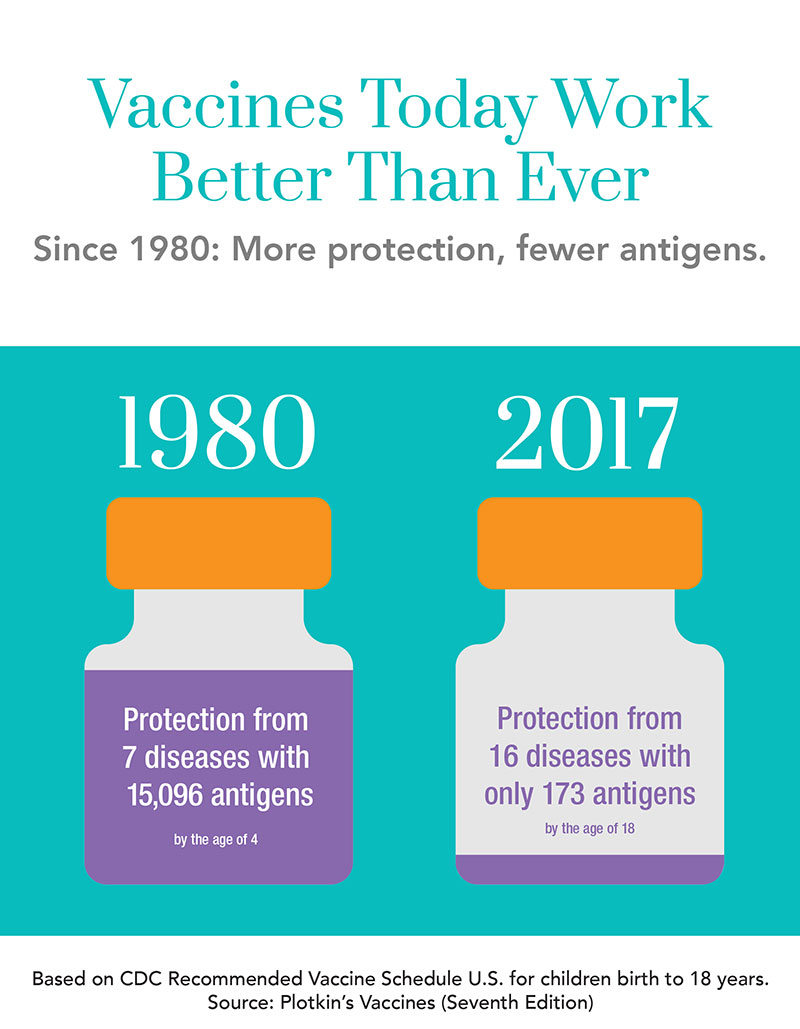 Here is a list of 4 of the more than 20 reputable studies that have found no relationship between MMR vaccine and autism. These studies illustrate the variety of methods that have been used to investigate whether MMR vaccine is linked to autism.

Lack of Association between Measles Virus Vaccine and Autism with Enteropathy: A Case-Control Study
by Mady Hornig et al. PLoS ONE. September 2008.