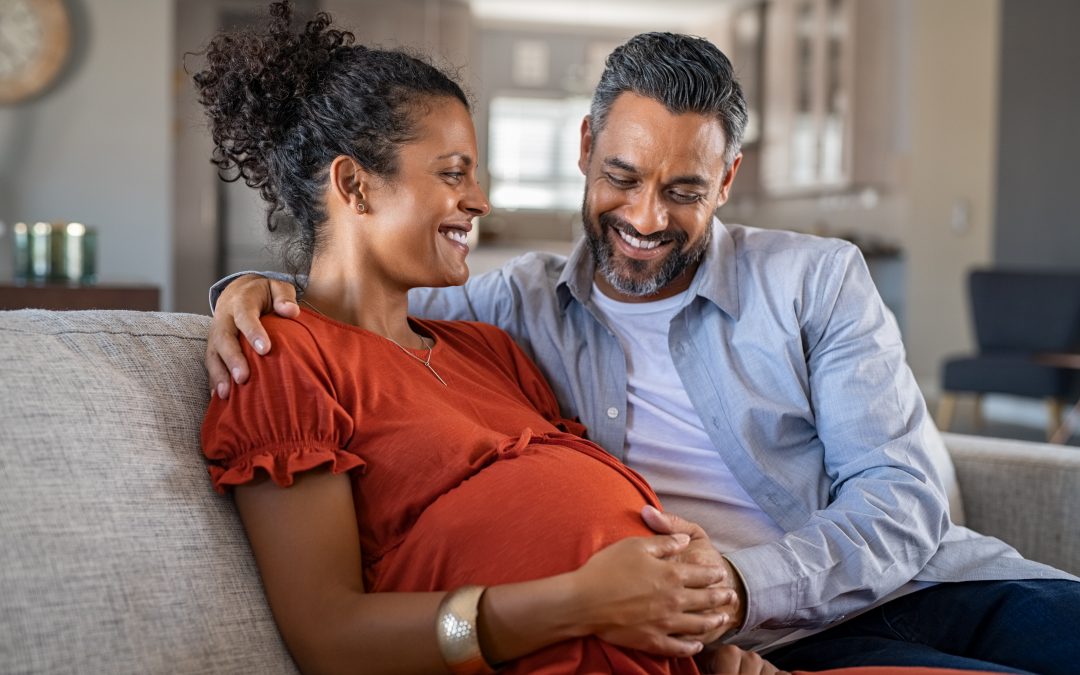 The Centers for Disease Control and Prevention issued an urgent health advisory pleading with pregnant women to get vaccinated against COVID-19 amid new data showing they face greater health risks for themselves and their babies.

The CDC, American College of Obstetricians and Gynecologists, Society for Maternal-Fetal Medicine and other leading health organizations have already endorsed vaccines for pregnant people. This week, health officials felt the need to speak out again, warning of the alarmingly low rates of vaccination among the pregnant population and high risks of adverse outcomes.

At a Friday news conference, CDC Director Dr. Rochelle Walensky emphasized that pregnant people “are at high risk for severe complications from COVID-19.” Yet, only 31% have been vaccinated. The rates are even lower among Black and Hispanic women. Walensky again urged pregnant people to discuss vaccination with their physicians, adding, “The benefit of vaccination far outweigh any risk to both mom and to baby.”

According to CDC data, pregnant people who contract the virus are twice as likely to be admitted to the intensive care unit (ICU) and had a 70% increased risk of death compared to non-pregnant people. They were also more than twice as likely to require ECMO, a dramatic life support intervention to mechanically operate the heart and lungs. More than 125,000 pregnant people have gotten the virus since the start of the pandemic. Of the 161 deaths, 22 occurred in August.

The advisory recommended urgent action to increase vaccine uptake among women who are pregnant or were recently pregnant. It advised health care providers to encourage, recommend and offer vaccination to people who are expecting.

The advisory was well-merited and very important, said Dr. Ashley Roman, director of the Division of Maternal-Fetal Medicine and a professor of Obstetrics and Gynecology at New York University Langone Health. “The trends of COVID in pregnant women are very alarming to us and we know that pregnancy in and of itself is a risk factor for severe illness in the mother,” she said.

Women who contract the virus also risk more serious adverse pregnancy outcomes, including preterm birth, stillbirth and admission into the ICU of a newborn also infected with COVID-19.

An unvaccinated mother in the Seattle area delivered her baby at 26 weeks while on a ventilator. She told KOMO News that she and the baby were dying, so the doctors performed an emergency delivery. The baby was 5 pounds at birth and spent the next 94 days in the newborn intensive care unit.

In rare cases, mothers have died of COVID-19 before getting the chance to meet their babies. A 30-year-old Florida woman was only able to hold her baby “for a few short minutes” before she was rushed off to the ICU, her family told WKMG. The mother was placed on a ventilator and died a few days after giving birth.

Katie Weum, a nurse in Macon, Ga., said she saw an increase in pregnant women at her hospital during the most recent wave of infections. “They’re getting so sick that they’re needing the ventilator,” Weum told WGXA. “You’re putting in that tube and you’re trying to talk to their husband and they’re struggling to breathe, saying what could very well be their last words, they’re begging you not to let them or their baby die.”

Despite the risks of contracting the virus while pregnant, many women are reluctant to get the shot. Roman said some of her patients worry that the effects of the vaccine haven’t been studied enough in pregnant people. Others say they can continue using mitigation measures. Roman explains to her patients that masking and social distancing are imperfect measures and she discusses what data have shown about the safety and efficacy of the vaccine.

Early studies show the Pfizer, Moderna and Johnson & Johnson shots are well-tolerated among those carrying babies and their fetuses. A study of the records of over 105,000 pregnant individuals who received mRNA COVID shots showed no differences in miscarriages or other pregnancy complications and no unusual neonatal outcomes, like preterm birth, low birth weights or neonatal death. Studies of the platform used in the Johnson & Johnson has a strong history of being safe and well-tolerated in large-scale trials of pregnant people.

“Based on our experience over the past nine months, the vaccine seems to be safe when given during pregnancy,” Roman said. In addition, there is evidence that mothers can pass immunity on to their babies.

Roman co-authored a recent study showing that a mother’s antibodies cross the placenta and can help protect the baby in the first days and potentially the first months of life. “It just gives us another rationale why pregnant women should be getting the vaccine: to protect not just themselves but to protect their newborn infants as well,” she said.

The CDC is carefully tracking the progress and outcomes of more than 161,000 people who reported being pregnant at the time they received a vaccine. Vaccines are also strongly recommended for people who are trying to become pregnant. Despite rumors that shots affect fertility, the CDC has found no evidence to support the claims.