Utah Woman may be longest living polio survivor in the U.S. 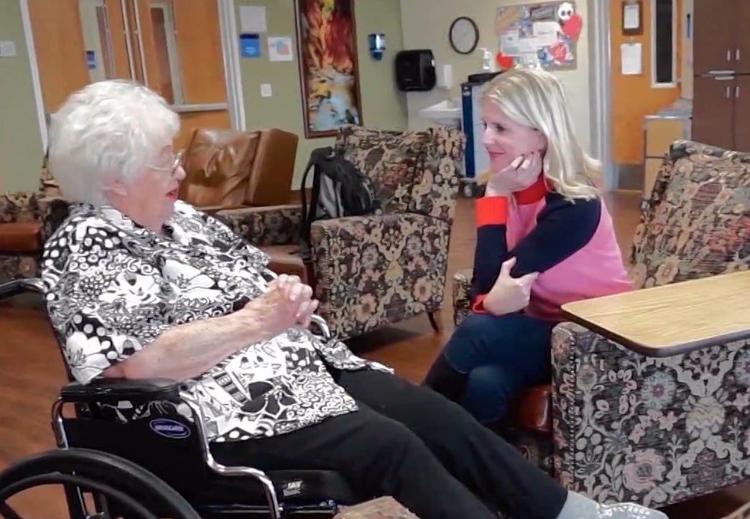 A Utah woman could be the longest living survivor in the U.S. of a renowned pandemic.

At its peak in the middle of the 20th century, polio killed half a million people every year. Longevity despite hardship came down to one thing: extraordinary strength.

In Butch Cassidy Country, you have to be strong to survive. It’s where you’ll find 97-year-old Loraine Allen – in a nursing home inside a wing of Garfield Memorial Hospital in Panguitch.

Although hard of hearing, Allen is surrounded by sounds. The sounds she loves most, though, are the voices of her family, and memories of a time of struggle.

“I was three years old,” said Loraine Allen. “They thought I had pneumonia. I couldn’t walk.”

It was polio – a condition that crippled the nation.

For Loraine, that meant numerous surgeries and many doctors. Long before there was such a thing as accessibility, she walked with a severe limp. The teasing at school was relentless.

She learned to survive by smiling through the pain. The tough times didn’t stop her from doing pretty much everything the other kids did.

“I started tap dancing soon as I found out what tap dancing was, and I danced clear through college,” she said.

Then she met Sam.

“He asked me to dance and we went right on dancing. He was a little jewel,” Loraine said.

They married in 1942 and moved to Panguitch.

Loraine has a mix of tenderness and toughness in her soul.

“She is the definition of strength,” said Kenzie Allen, Loraine’s great-granddaughter. “I think she just never had the choice not to be. She’s just always been a rock to everybody, and everybody just leans on her. I have never seen my grandmother cry.”

For Loraine, the tears came.

“You can hold up pretty good when you’re out in the public but when you get home? Wow. I bawled… hard. I bawl a lot. They just don’t know it,” she said.

Loraine learned tenderness from her father.

“When he’d find me howling because somebody had asked me about limping, he gathered me up and we would go have a little treat,” she said.

Her mom gave her resilience in a tube of red lipstick.

“I was the color of a paper plate after being sick so much,” she said. “When you get feeling really white, put a little color on your lips.’”

Loraine has worn red lipstick every day since.

She’s outlived her husband and both sons.

She has survived with endurance honed on the ranch, and courage from those she holds dear.

“From my family,” she said. “Just being there.”

Thanks to what’s considered the most successful vaccination campaign of all time, polio was eradicated in the United States in 1979.

For 20 years, Loraine was a healthcare worker who made sure children in rural Utah received their vaccinations.

According to Post-polio International, there’s no way to know for sure if Loraine is the oldest living polio survivor in the US. No organization tracks it, but their experts didn’t know of any survivor older than her.

They said it’s also remarkable that she has lived with the disease for 94 years, since she contracted it at the age of 3.