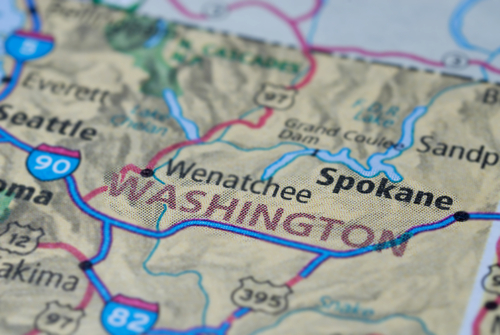 Washington officials have declared a public health emergency as an outbreak of measles spreads across an anti-vaccination “hot spot” near Portland, Ore.

Clark County, Washington, has seen 23 confirmed cases of measles as of Tuesday, according to a statement from the public health department.

Twenty of those who contracted the highly contagious virus were not vaccinated against measles. The immunization status of three people have not yet been confirmed and at least one person has been hospitalized.

Clark County, which is just across the Columbia River from Portland, Ore., is a “hot spot” for outbreaks because of the high rate of nonmedical vaccine exemptions, The Washington Post reported.

An estimated 7 percent of students in Clark County were exempt from compulsory vaccines upon entering kindergarten by claiming personal or religious reasons in the 2017-2018 school year, according to state data.

Roughly 2 percent of children across the country forgo required immunizations for nonmedical reasons.

Peter J. Hotez, a professor of pediatrics and dean of the National School of Tropical Medicine at Baylor College of Medicine, told the Post that he had predicted an outbreak in the area for a while.

The number of “philosophical-belief” vaccine exemptions has flourished since 2009 and 12 of the 18 states that allow such exemptions have seen outbreaks of measles, the research found.

“Hotspot metropolitan areas” included Portland, Seattle, Phoenix and Detroit, according to Hotez’s study published in the Public Library of Science.

“Portland is a total train wreck when it comes to vaccine rates,” Hotez said in an interview with the Post.

New York is also battling its most severe outbreak of the disease in decades, with 182 confirmed cases as of last Thursday. The New York Times reported last week that the outbreak is almost exclusively among the ultra-Orthodox Jewish community.

The Centers for Disease Control and Prevention (CDC) said two doses of the MMR vaccine for measles, mumps and rubella is about 97 percent effective at preventing the illness.

The modern anti-vaccination movement has persisted despite research debunking the myth that MMR vaccine is linked to autism.

The airborne illness became the leading killer of children across the world after smallpox was eradicated in 1980, the Post reported. It was declared eliminated in the U.S. in 2000 after there was no continuous transmission of the disease for more than a year.

Hotez told the Post that he blames the anti-vaccination movement for the resurgence of the virus, calling it a “self-inflicted wound.”

There was a total of 349 confirmed measles cases across 26 states and the District of Columbia last year — the second highest number since 2000, according to the CDC. There were 667 cases reported in 2014.

Symptoms begin with a fever followed by a cough, runny nose and red eyes. A rash of tiny, red spots then spreads across the rest of the body, according to the CDC.

People infected with the virus in Clark County have visited schools and churches, a dentist’s office, a Costco, an Ikea and an Amazon locker pickup station, city officials said in a Tuesday statement.

“If other people breathe the contaminated air or touch a contaminated surface, then touch their eyes, noses or mouths, they can become infected,” the county warned in a statement. “Measles is so contagious that if one person has it, 90 percent of the people close to that person who are not immune will also become infected.”