What Is Herd Immunity, And Why Does It Matter? 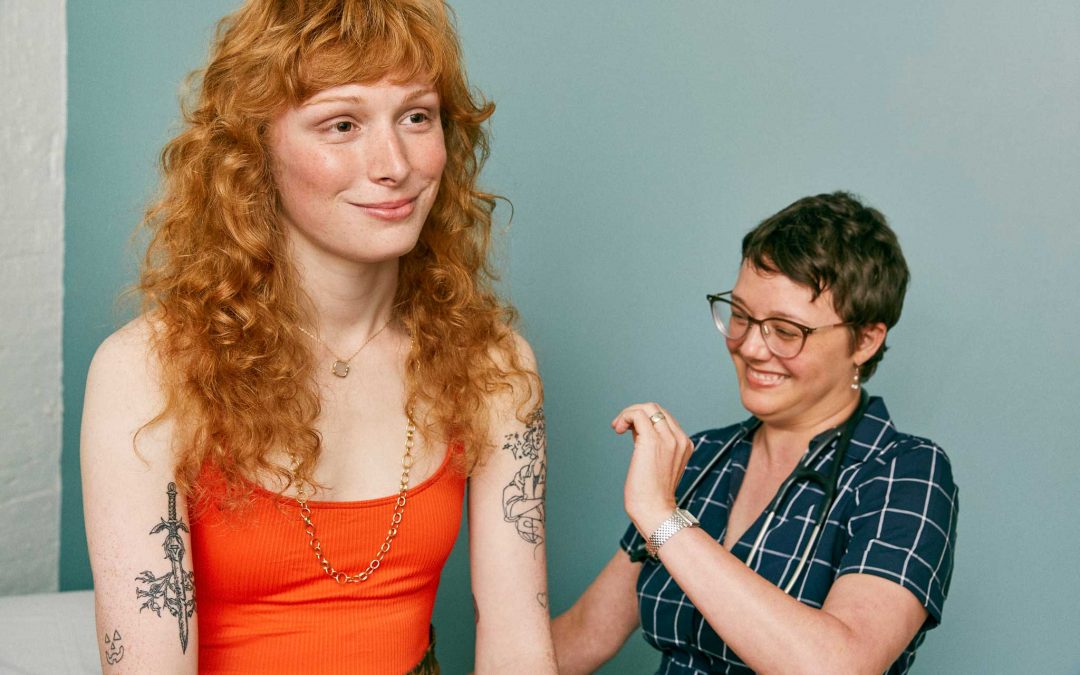 The number of people not vaccinating their children has been rising steadily in recent years. In 2017, 1.3 percent of two-year-olds hadn’t gotten any vaccines compared with 0.9 percent in 2013, according to a report from the Centers for Disease Control and Prevention (CDC). That might not sound like a ton, but it actually represents around 18,400 additional two-year-olds without vaccines, the CDC says. What’s more, it’s only part of the vaccine hesitancy problem.

While a very small (yet growing) percentage of people choose not to vaccinate their children at all, a larger group of people are what the World Health Organization refers to as “vaccine hesitant,” which means that while they’re not completely opposed to vaccines in all cases, they aren’t convinced that vaccines are worth it or safe enough. This can translate to a wide range of behavior, from choosing not to vaccinate at all except in cases of outbreaks, to delaying or prolonging the recommended vaccine schedule, to choosing certain vaccines but refusing others. Vaccine hesitancy is a growing health threat both in this country and globally. This trend is dangerous and concerning, and not just for the child (or person) who isn’t getting some or all of their vaccines.

When the overall vaccination rate in a population goes down, that affects our herd immunity. Herd immunity means that enough people in the community are vaccinated so that vaccine-preventable illnesses won’t be able to spread throughout the community, even if someone in that area gets the disease. This is important because in every community there are people who cannot be vaccinated for whatever reason—such as if they’re too young or they’re immunocompromised. Herd immunity protects these vulnerable people from catching these dangerous illnesses. It also protects vaccinated people in cases in which the vaccine isn’t 100 percent effective (more on that in a bit). To understand how herd immunity works is to understand why vaccination isn’t just a personal issue—it’s a public health issue.

What happens to your body when you get a vaccine

When you get a vaccine, your body’s normal immune response is primed for a particular pathogen.

To better explain how all that works, let’s first go over how your immune system typically fights off infections. Your immune system is designed to identify and combat pathogens, or foreign entities that could potentially make you sick, according to the CDC. Think of your white blood cells as valiant crusaders in this fight; your immune system uses them to fend off illness-causing threats, the CDC explains. More specifically there are three main types of white blood cells that help to keep you healthy:
The first group is macrophages, which legit swallow germs (so hardcore), digest them, and leave behind little germ bits called antigens.
These antigens prompt your B-lymphocytes, another type of white blood cell, to churn out antibodies, or proteins that help eliminate pathogens.

Then you have T-lymphocytes, which attack and attempt to destroy any of your cells that the disease has already infected. Even if your body is able to fully kick the illness (or prevent you from getting sick in the first place), it keeps a few of those T-lymphocytes on call so that they can remember how to fight the pathogen in question more quickly if you encounter it again.

When you get a vaccine, you are intentionally encouraging this immune process. Getting a vaccine means that you’re safely introducing your body to a pathogen that is either dead, alive but incredibly weak, or otherwise neutralized. By doing this you’re training your immune system to recognize the pathogen and be prepared to respond to it effectively. After a few weeks your strengthened immune system is much more prepared to spring into action if you ever run into that pathogen in the wild.

You might experience some post-vaccine signs that this process is in effect, such as a sore arm or a mild fever. These types of symptoms are an utterly normal sign that your body is building its immunity, not an indicator that you’re getting the actual illness your vaccine was meant to protect against. (That’s such an unlikely possibility that it’s not even worth worrying about for most people unless you’re immunocompromised—and even then it’s only an issue with certain vaccines, which we’ll discuss in the next section.) These symptoms usually pass within a few days, the CDC says, leaving your body with white blood cells that are now much better equipped to ward off that disease. The end result of vaccination: You have more protection against contracting certain illnesses, including many life-threatening ones.

In very rare situations someone might experience more serious side effects from a vaccine, like a severe allergic reaction. However, the CDC puts the odds of having a serious reaction to a vaccine at one in a million.

How getting a vaccine protects the people around you

Herd immunity is what happens when enough people in a given area are protected against a disease—from vaccinations or because they’ve had an illness before—that it actually protects other people as well, William Moss, M.D., M.P.H., executive director of the International Vaccine Center at Johns Hopkins Bloomberg School of Public Health, tells SELF.

Herd immunity is also called community immunity, Dr. Moss says, which really gets to the heart of the matter: Vaccines are a way of keeping entire communities safe from disease.

“The more contagious a disease is, the higher the level of immunity and community immunity you need in order to stop its transmission,” Dr. Moss says.

For instance, nine of 10 people who are vulnerable to measles (such as because they’re unvaccinated) will get the illness if they come into contact with it, the CDC says. Measles spreads easily through coughing and sneezing. So to maintain herd immunity and avoid measles spreading if someone introduces it into a community, you need around 95 percent of people in that community to be vaccinated, Dr. Moss says.

In 2017, the national measles, mumps, and rubella vaccine coverage rate for children between 19 and 35 months was 92.7 percent, according to the CDC. But these numbers vary from state to state and within specific communities. When certain regions have clusters of unvaccinated people, this disease is more likely to spread—and has spread—after being introduced.

Keep in mind that herd immunity isn’t even just about your own local community. Given how easy it is for many people to travel and interact with others from all over the globe, we’re ultimately talking about the human herd at large.

Everyone. Herd immunity helps everyone. Like babies, for starters.

A prime example here is pertussis, a horrendous disease that’s nicknamed whooping cough. Whooping cough is an incredibly contagious respiratory illness that is transmitted from one person to another through a persistent, painful, wracking cough, according to the Mayo Clinic. It’s most likely to infect and cause death or severe complications—such as pneumonia, trouble breathing, and brain damage—in babies, especially those under a year old, according to the CDC.

Babies can’t receive their first of five recommended whooping cough vaccines until they’re two months old, the CDC explains, so they really need community protection against this disease. When there’s strong herd immunity against whooping cough, it’s less likely that people will be infected with the Bordetella pertussis bacterium that causes it and be able to spread it to vulnerable people like newborns.

“People who have impairments of their immune system for many different reasons may not be able to respond to [live attenuated] vaccines and may be more susceptible to infections when they are exposed to them,” Dr. Moody says. To clarify, a live attenuated vaccine uses living but very weak pathogens that someone with a healthy immune system can crush, no problem.

Sometimes chemotherapy can compromise someone’s immune system. So can various immune-suppressing drugs that people need to take after getting a transplant so their bodies don’t reject their new organs. Sometimes people are born with illnesses that weaken their immune systems to the point where they shouldn’t get live attenuated vaccines, the CDC says. HIV is another example of an illness that can incapacitate someone’s immunity this much. In cases like these (and others) in which your immune system is compromised, it isn’t recommended that you get live attenuated vaccines. And while there are also inactivated vaccines like the flu shot, these may not fully protect someone with a compromised immune system.

Herd immunity even protects people who have been vaccinated but would otherwise still get an illness if they were to encounter a pathogen. Vaccines are truly a medical wonder, but they don’t provide 100 percent protection against disease. Even if you do your due diligence and get all your recommended vaccines, you could still be at risk of getting those illnesses. But if everyone around you is vaccinated, you’re less likely to encounter those pathogens in the first place. (And even if you do get an illness you’ve been vaccinated against, like the flu, odds are it’ll be less severe due to that inoculation.)

Ultimately, getting your recommended vaccines helps you remain protected while also making life safer for the people around you. It’s why infectious disease experts and medical organizations like the CDC recommend everyone who can get vaccinated goes ahead and does so.

Think of it like being a safe driver. Not only does that mean wearing a seatbelt to protect yourself, but also taking or not taking certain actions for the benefit of others. “You don’t drive around 90 miles an hour in a neighborhood,” Dr. Moody says. “You are part of a society. [That] means accepting that there are certain things you have to do to be a good member.”