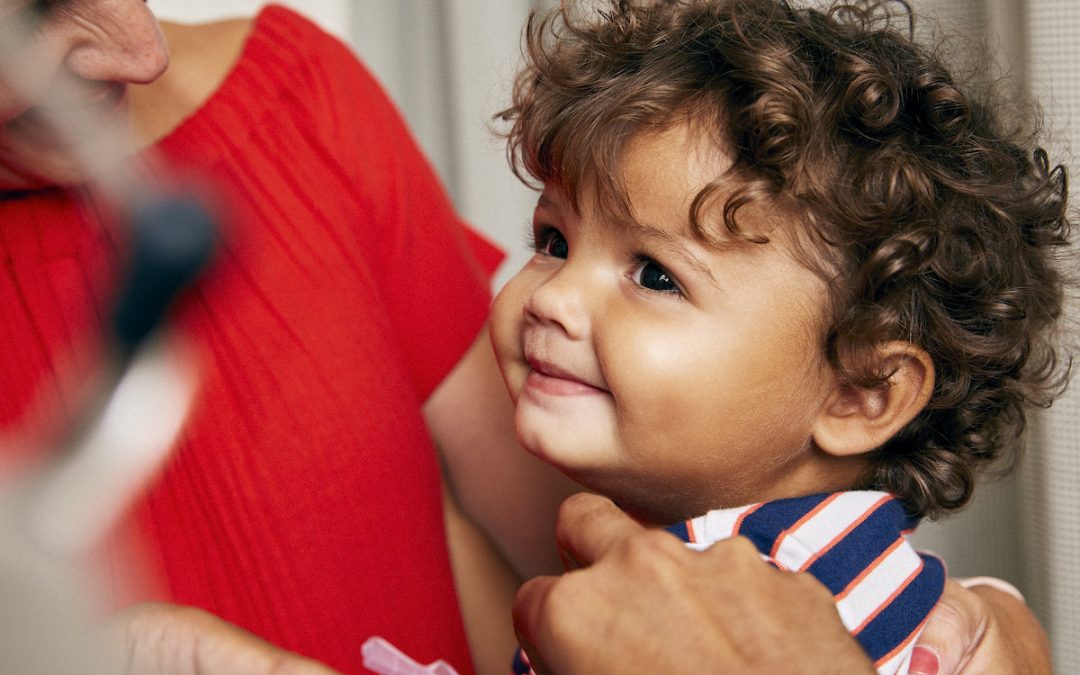 This op-ed appeared in SELF. Read the full story here.

Imagine this: Your six-week-old baby is doing the things that babies do—eating, sleeping, growing. One day your baby starts to cough a little. Then a fever develops. Very quickly it starts to look like breathing is hard work. You take him to the ER and he’s admitted to the hospital. Your baby is diagnosed with pertussis, or whooping cough.

I’m a pediatric intensivist, which means I’m the doctor in the pediatric intensive care unit (PICU). My patients are kids who have anything from infection to organ failure, cancer, or any other cause that requires intensive medical care and constant monitoring. In other words the PICU is where we take care of the sickest babies, children, and young people up to about age 18. And in some tragic cases it is where a child will die.

About half of all babies who get whooping cough need to be admitted to the hospital for treatment. Some of those children will be admitted to and treated in the general pediatrics ward. But in some cases the baby will show severe enough symptoms like difficulty breathing or periods where their breathing stops completely (apnea) that they’ll need to be treated in the PICU. And if a baby comes into the hospital with symptoms that severe, they’ll be admitted to the PICU immediately.

Only 1 percent of babies with pertussis will die from it—but having witnessed this tragedy before, I can assure you that even 1 percent is still way too many. From my experience I can paint a picture of what happens when a baby dies in the PICU from pertussis. What I’m about to describe doesn’t represent the most common experience but it does happen. This isn’t theoretical for me or for the parents who have lost a child to this disease. Witnessing this scenario has left an indelible impression on me as a physician and as a human being.

First the baby is admitted to the PICU for respiratory distress or respiratory failure (depending on the severity of his symptoms in the ER). He would likely be tested for many kinds of infections, including pertussis, and placed on multiple broad-spectrum antibiotics at that point. When the pertussis test comes back positive while the other tests are negative, his antibiotics would be changed to azithromycin only. However, since antibiotics only treat pertussis if given early, it’s frequently too late to entirely cure it with antibiotics by the time the baby is admitted to the PICU.

The baby is put on oxygen to help him breathe. He has blood drawn and medications are given—acetaminophen and ibuprofen (depending on age) for fever, sedating meds for ventilated patients, and fluids and nutrition.

The parents watch as we—members of his care team—stick him with needles over and over. But he struggles, breathing so fast and working so hard. He doesn’t even cry anymore. He just tries to breathe. He sets off alarms when he stops breathing, and then starts again on his own. It happens again and again. We have to put a tube into the baby’s lungs so a machine can breathe for him. When it’s done the baby is hooked up to a ventilator, dependent on this machine just to live. Still he struggles. He gets medicine to keep him asleep and calm, but his body is still trying to breathe. We change the ventilator, do more tests, change it again. Still he struggles. We tell his parents that his lungs are getting worse. The next step is a heart-lung bypass machine called ECMO. The surgeons come and put catheters into his veins. The baby’s blood is now being circulated through a machine to keep him alive. And even this isn’t working.

The baby just keeps getting sicker. His parents hold onto his foot or his hand or stroke his head, whatever they can reach between all the tubes and machines. Another alarm goes off. We come running. A nurse or doctor tells the parents his heart has stopped and we start working on the baby, trying to save him. It’s not how it looks on TV. It’s brutal. We push on his chest. We give him medications. We push some more. We have to tell his parents that we did everything we could, that we’re so sorry. And the baby, someone’s precious child, is dead.

Pertussis, or whooping cough, is a very contagious bacterial infection spread from person to person by coughing, sneezing, or even sharing breathing space. The bacteria get into the airway and release toxins that cause symptoms of a cold, difficulty breathing, and sometimes respiratory failure. It is actually a very common upper respiratory infection that is frequently mistaken for a cold in healthy older children and adults. Even if you’ve been immunized against pertussis, the immunity from the vaccine wanes with time, which means that adolescents and adults are susceptible to whooping cough if they’re exposed to it. But in adolescents and adults pertussis infection is even more likely to look just like any other viral respiratory infection—like a cold—and therefore may not even be treated. If caught early it can be treated with antibiotics (but it’s rarely severe in healthy adolescents and adults). It frequently results in a prolonged cough long after the infection itself is cured; pertussis has been called the “hundred day cough.” (I’m sure many vaccinated adults can look back on a “cold” they had with the worst cough they ever experienced which just wouldn’t go away. It’s memorable.)

Young babies, on the other hand, are more vulnerable to the illness because of their lack of immunity. And it’s a much more serious illness when babies have it. In fact the younger the baby the more dangerous it is. As I mentioned earlier, about half of infants under a year who get pertussis have to be hospitalized, and 1 percent of those babies die.

Before the 1940s when the pertussis vaccine became widely available, approximately 200,000 children per year were sickened by pertussis and about 9,000 died every year. In 2017 18,975 cases of pertussis were reported in the U.S. and 13 people died from it. Nine of them were infants under a year old. That’s thousands of lives a year saved by one vaccine.

At two months of life babies can start to receive the series of vaccines that protect from pertussis infection. Five doses of the vaccine are needed to complete the initial series, one each at 2, 4, and 6 months, at 15 to 18 months, and at 4 to 6 years. The DTaP vaccine, which is the kind given to infants and children in the United States, is 80 to 90 percent effective. That is, out of every 10 children who get the vaccine, only one or two will get sick. However, this number worsens over time since vaccination boosters are needed throughout life to continue protecting you from illness. An added benefit to vaccinating is that it can also make the illness less serious in patients who do still catch pertussis. You are sick for a shorter period of time and the symptoms aren’t as severe.

As an observer I have come to see that there is no grief like the grief of someone who has lost their child. Their pain is heartrending. I would do anything in my power to change what happened—so what would a parent do? To prevent your child from dying, is there anything you wouldn’t do?

Vaccination saves lives. As someone with extensive medical training, I’ve always understood exactly how immunizations protect the health not only of the person being vaccinated but of the herd who benefits from high rates of immunity. But treating babies and children, all of whom suffer and some of whom die from illnesses that are mostly or entirely preventable, has made me a tireless advocate for vaccination. All of my experience has helped me understand that the decision to vaccinate isn’t a personal one, not really. It’s a public health decision. No one should ever die or lose their loved one from something that can be prevented.

Sabrina Adams, M.D., is a pediatric intensivist who lives in Tampa.