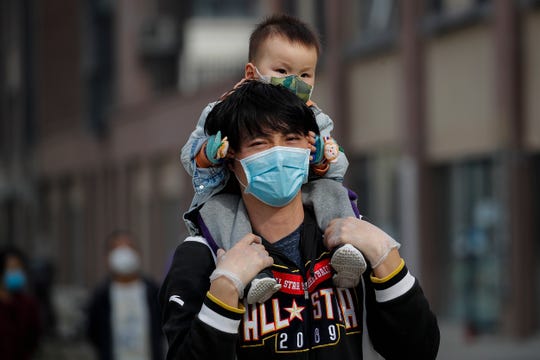 This article appeared in the Detroit News. Read more here.

Researchers racing to develop a vaccine for COVID-19 face an even more urgent task in light of recent reports that the coronavirus has rebounded in Asia despite efforts to tamp it down.

New cases of the disease have emerged in Wuhan, Singapore and Hong Kong in the past week, after governments lifted some of their social distancing controls.

That raises the stakes for scientists participating in an unparalleled global effort to develop a vaccine, including hundreds in the United States. More than 125 organizations — including major drug companies, government laboratories and top universities — are working on a vaccine or other treatments, according to leading researchers.

“No response has ever gone this fast before,” said Phyllis Arthur, vice president for infectious diseases and diagnostic policy at BIO, a trade association that represents drugmakers, biotech firms and others in the health industry. “We have gone from genetic sequencing to treatment possibilities within weeks.”

But the lethal threat is likely to remain active until a fully tested vaccine arrives.

Restrictions on group gatherings, business activity and travel are only effective at reducing the spread of the disease. Evidence is surfacing that new outbreaks can occur once those measures are lifted.

After initial success at containing the disease, Singapore clamped new restrictions this week on schools and nonessential businesses. Hong Kong also experienced a rebound after it relaxed controls, while the United States and Europe remain in earlier phases of the fight and have restrictions still in place. Wuhan has a new cluster of the cases, as well.

Even with a vaccine, COVID-19 will remain a menace, because researchers are not sure if the virus that causes it could mutate in the years ahead, reducing the effectiveness of a vaccine and forcing it to be modified.

“What we don’t know about this virus is what its pace of evolution is,” said David Rakestraw, a chemical physicist who is helping lead the COVID-19 work underway at Lawrence Livermore National Laboratory, which has conducted bioterrorism research for decades. “Don’t expect this to go away soon. The virus is in the population now, and it will evolve.”

Much of the political dialogue on COVID-19 has focused on face masks, ventilators and quick tests for frontline workers, but in laboratories across the nation, researchers have mobilized like never before to tap new tools in the race for medicines that could treat and prevent the disease.

“The response has been unprecedented,” Finan said. “Researchers are working across country lines. People are working morning, noon and night to come up with solutions. The vaccine community has come together very quickly, working hand in glove.”

One early stage vaccine trial to determine the drug’s safety began last month in Washington state. Others are forecast to start by early summer. But second stage trials, clearing a drug through regulatory hurdles and setting up a manufacturing base, will take much more time.

How a vaccine or a number of vaccines will be used is not yet clear, Arthur said. It could follow the practice of an Ebola vaccine, which is held in reserve in case of an outbreak but not administered widely. Or it could be like the measles vaccine, which is given to everybody.

The surge in research is largely organic, not commanded or organized by the federal government. Private investment is financing most of the current work. But Congress approved $11 billion in funding COVID-19 response, with $9 billion administered by the government’s Biomedical Advanced Research and Development Authority, Finan said. The money includes a $3.5-billion allocation for new manufacturing facilities.

The White House’s Office of Science and Technology Policy said in a statement that it is seeking a “whole of America response” that requires the current approach of tapping federal agencies, private industry, academia and the nonprofit sector.

On the federal level, the U.S. national laboratory system has roughly 1,000 scientists and doctors at its disposal, and it operates the world’s largest network of supercomputers.

In the Bay Area, Lawrence Livermore National Laboratory is using computer modeling technologies — developed to guarantee the reliability of nuclear bombs — to examine how 26 million different known molecules might bind and destroy the function of the coronavirus.

To do so, scientists built a virtual 3D model of a virus and started examining how a molecule could bind onto the virus, a modeling job that requires computational power that has come online only in recent years, said Rakstraw, the Livermore scientist. Just one measure of that challenge is the amount of electrical power needed: the lab recently spent $150 million for additional high voltage electrical lines to operate its banks of supercomputers.

Los Alamos National Lab, which developed the first atomic bomb, has been working in biological sciences since 1945 and is applying its earlier pioneering research on HIV and influenza to the new coronavirus, said, a biochemist program manager at the federal facility.

“We do see resurgence and second waves in the future,” she said. “As you ease off restrictions in place and transportation increases, you can see resurgence over time. A vaccine will be very important in preventing a resurgence.”

Among the big actors in the private sector, Johnson & Johnson announced that it has identified a lead vaccine candidate and pledged $1 billion in funding in collaboration with the Biomedical Advanced Research and Development Authority to test and possibly manufacture the drug.

The New Jersey healthcare giant said it expects to initiate “human clinical studies of its lead vaccine candidate at the latest by September 2020 and anticipates the first batches of a COVID-19 vaccine could be available for emergency use authorization in early 2021.”

Amgen, which bills itself as the world’s largest independent biotech firm, announced last week that it would jump into the challenge in partnership with Adaptive Biotechnologies to develop antibodies that could help treat the sick and give several weeks of protection to the healthy, said Dr. David Reese, executive vice president of research and development.

The company, which has 8,200 employees at its Thousand Oaks headquarters, is using high-speed computers to screen millions of human cells from recovered virus patients to identify possible antibodies (non-living proteins) effective against the virus, he said.

“We view this as the greatest public health challenge in a century that the world has faced,” Reese said. “I don’t view this work as a competition at all, given the gravity of the crisis we are facing. It is all hands on deck.”

Reese and others say the amount of funding is adequate to move as quickly as possible, though a manufacturing capability to turn out billions of doses will require a much larger industrial enterprise.

There’s little chance of near-term miracle. A vaccine remains 12 to 18 months into the future, but treatments for the infected may be coming along much faster, possibly within this year, the experts said.

Once a vaccine is successfully developed and tested, the government is likely to move cautiously in approving it for general use. In a crisis like the current one, the Food and Drug Administration has the ability to issue an “emergency use authorization,” though it might be limited to people on the front lines of the battle against the disease.

By historical standards, 12 to 18 months would be light speed. The first U.S. polio epidemic occurred in 1894, but it continued to maim thousands yearly until Albert Sabin licensed the current safe oral vaccine in 1960. Sabin’s discovery resulted in the elimination of the crippling disease in the U.S. in 1994.

No one in the research establishment expects that the world will be social distancing for decades.

“We are committed to moving as fast as humanly possible,” said Reese, the Amgen research chief.

PreviousCoronavirus vaccines: What we know about testing and availability
Next5 Things the COVID-19 Pandemic Made Me Realize